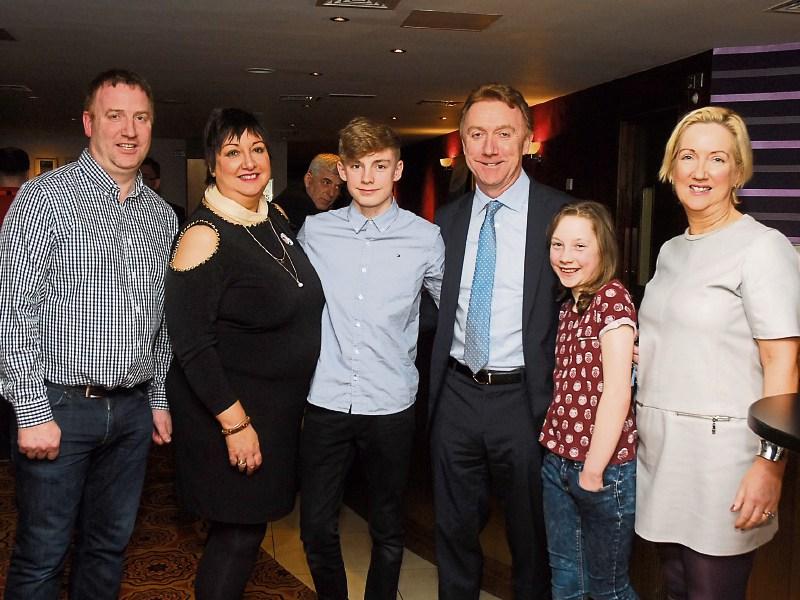 Gerry Reynolds said he was “pleased with the vote but disappointed with the result” after he missed out on the last seat on Sunday night.

Former TD and Senator Gerry Reynolds surprised many when he secured the second largest first preference vote, taking number ones from each of the four counties in the constituency.

Not only did Gerry pull a huge first preference but he secured high transfers in each of the 15 counts.

In the end he was “unlucky” when surplus transfers stayed in Sligo after what he describes as a day which was a “rollercoaster of emotions.”

“We gave it our best shot, but it wasn't good enough” Gerry conceded.

Gerry paid tribute to his large support saying “we ran a fantastic campaign” and was happy with the “personal” vote he received despite the turning tide against Fine Gael.

When asked if better party vote management could have helped him, Gerry said “once three candidates were selected it went out the window.” He felt he “couldn't have done anything more.”

Gerry picked up a large vote in West Cavan and he said the Reynolds name helped him a long way but also noted that “every house was canvassed” by a strong Fine Gael team.

Gerry said he met much “positivity” on the doorsteps. He commented he was happy to hear of the many start up businesses as well as the existing businesses that made it through the hard times and are now looking to expand. He said these people who are “getting on with it” deserve Government support.

Gerry wished the four new TDs well and said he hoped they would fairly represent the constituency.

He wished every success to Sinn Fein's Martin Kenny, Leitrim's only TD who he believes is very capable of representing the county.

Gerry said it would have been great to have returned two Leitrim deputies but that one will have to work doubly hard now.

After his brief return to politics and seeing how close he came to a seat, Reynolds did not rule out running again. He said he will return to his business interests but will stay connected to politics in the hope of contributing to the local community.

He emphasised the importance of all parties now working together to put forward a stable government. He said a divided government will not only give us political instability but will ruin any economic stability.