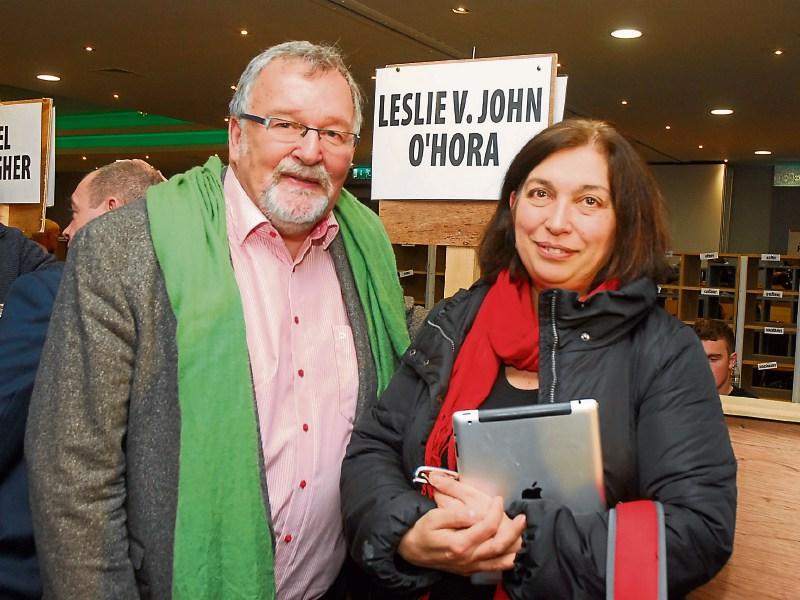 Green Party candidate from Carrick-on-Shannon Leslie O'Hora said he had mixed feelings after he was eliminated on the second count last Saturday night.

O'Hora secured 603 first preference votes and he thanked the people of Sligo Leitrim and in particular Carrick-on-Shannon who “put their faith in me, particularly since it was my first time out.”

He was disappointed in the vote, but said he will continue to fight for proper health care infrastructure and “being a member of the Chamber of Commerce, the Leitrim Development Group and GEAI means I will still be active on terms of various issues.”

He said he hopes to work “towards a more equitable form of universal health care, which is everybody's right.”

He told the paper he was happy to see Green Party TDs returned to Dáil.

O’Hora also spoke of how the nature of the election campaign has changed. He said one out of five homes “won’t open their doors” to canvassers.

He believes this is due to fear but also a disconnect from politics. Not engaging with politicians makes it very difficult for them to understand local issues.

He said this also shows in turnout figures as they are down. He explained the Green Party tried to target places where people congregate and they promoted a very active social media campaign.

The majority of Leslie's votes transferred to Labour's 'Susan O'Keeffe, he said he didn't know the reason for this but suggested it could be her stance on anti fracking or her interest in tourism.

In relation to fracking, O'Hora commented “I knew in the beginning fracking wasn't worth a lot of votes, but people wanted all the candidates to be seen to be against it. In fairness all of the candidates bar one came out against it.”

In relation to the constituency Leslie said he felt “West Cavan and Leitrim have a lot in common in terms of issues - rural community, better connectivity and transport and road network.”

“In regards to Sligo and South Donegal I see it as almost being an urban and commuter constituency.” He said both areas had very different issues.

Looking to the future, O'Hora said he will “certainly be involved with the Green Party” and hopes to increase the awareness of Green Party policies, “as I do feel as we stand here today that all we have done is swap tweedle dee for tweedle dum.”

If there was an election called again in a few months, O'Hora didn't rule out running again, but did quip “if the credit union lets me.”