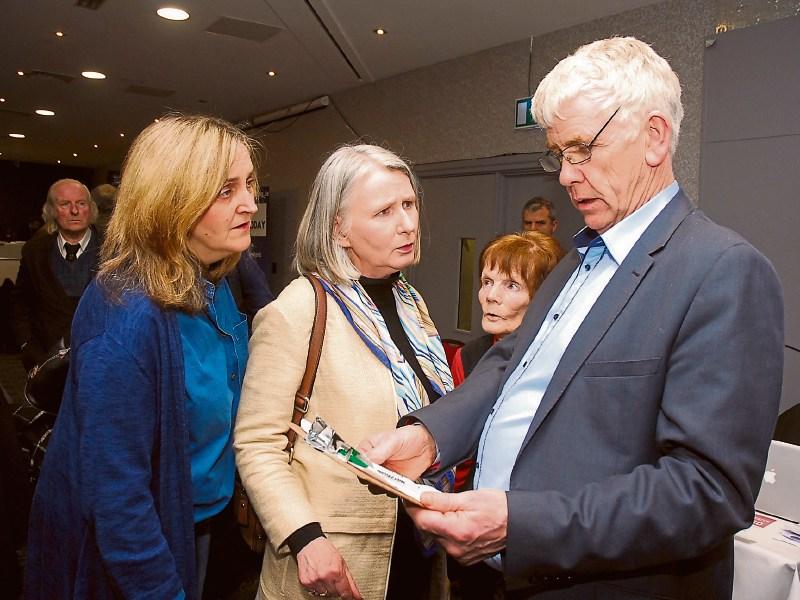 A significant slippage of Leitrim votes outside the county and a shortened campaign run definitely cost Fianna Fáil candidate, Paddy O'Rourke, but despite the challenges he still achieved an amazing 5,447 first preferences in his first General Election.

Although eliminated in the 11th Count, O'Rourke pointed out that he had achieved a significant portion of the vote in spite of the fact that he only had 36 days of canvassing because of his late nomination to the Fianna Fáil ticket.

"I am happy with the vote I got but there was significant slippage (of votes) outside of the county and that is not easy to accept," he acknowledged.

"Every day I went out to canvas, I was gaining ground but I only had 36 days to campaign, much less than other candidates. I think if I had longer, my vote would definitely have been higher."

The Carrigallen native said that he would consider running in a future General Election.

"I have put down a marker now. You can't walk away from the 5,500 who voted for me without giving serious consideration to running again. I could sense during this campaign that there was a real appetite for change and that is what made me go forward in the first place.

"The pity about this is that Fianna Fáil deliberated for too long about the addition of third candidate for Leitrim and there is only so much anyone can do in the 36 days I had to campaign. Some of my running mates and competitors were campaigning for 18 months before this election."

Part of the delay in nominating O'Rourke was the fact that Fianna Fáil, like many of the other mainstream parties, was hamstrung by the gender quota, something O'Rourke is, understandably, not particularly impressed by.

"I think the selection of a candidate should be about picking the best person to represent a party and an electorate, not about picking someone based on whether they are a man or a woman," he said.

He acknowledges that there is a disparity between the number of men and women in politics but points out that those women going forward would also want to be picked on their merit, not merely their sex.

"Women don't, and rightly so, want to be token candidates and by forcing parties to select people based on sex and not ability, you aren't dealing with the real reasons why there are less women in politics."

He observed that the real success of the Gender Quota would be visible when the Dáil is finalised and we "can see just how many of those women head-hunted to meet that quota, have actually succeeded in being elected. I personally don't think the quota is in the best interest of women or the electorate."

O'Rourke was also critical of the "lazy journalism" of some elements of national media when it came to covering his candidacy and the newly expanded Sligo/ Leitrim/ West Cavan/ South Donegal constituency.

"It took me two weeks of emailing constantly (to some national media) before they even acknowledged I was a candidate," he said, adding that one publication had even "given analysis of the vote in the constituency and observed that Sinn Féin would draw a strong vote from Ballyconnell and Kinawley.

"I'm sure that many people in Kinawley might like to vote in a Dáil election, but the fact is that Kinawley is in Co Fermanagh, not even in this jurisdiction, never mind not being in the constituency. That kind of lazy journalism doesn't help anyone."

O'Rourke paid tribute to everyone who assisted in his campaign, in particular his wife and family and the "amazing people who canvassed on my behalf".

"I had some incredible people working with me, who came on board at very short notice and did a phenomenal job,” he noted.

“A campaign is a big intrusion on any family and I am so grateful for the support of my wife and children and my wider family, especially over the last few weeks. It has been hard work and I appreciate the welcome I received on the doorstep and the confidence shown in me by those who voted for me.”