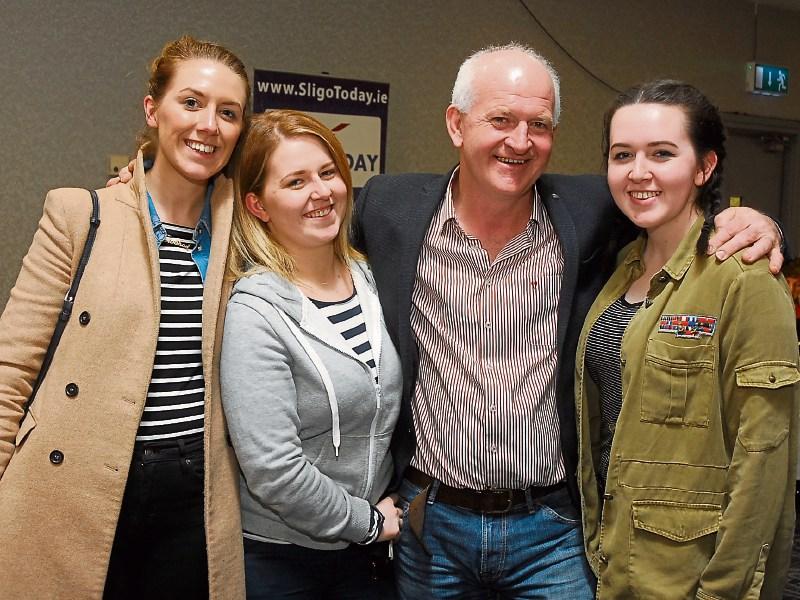 Independent West-Cavan based candidate, Eamon Murray is still smiling, despite a tough day at the count.

He is a man who believes in telling it like it is and despite a disappointing campaign, he says he still believes there is a real need for more Independent voices in the Dáil.

“It was a fact that in the end the people of Cavan did not look after me. That's not a criticism but, when you go to the doorstep and people say that they are sick and tired of the same parties and that they want change, and then you come to a count a see that people are continuing to vote for the same parties then it makes you wonder,” he said.

While philosophical about his performance - he got 356 first preference votes and was eliminated after the first count - Murray said that he hoped it would raise his profile in future elections.

“It's gutting but I'm still glad that I did this and I will definitely do it again,” he said.

Part of the challenge for Independent candidates was the very low investment they could afford to make in a campaign, coupled with the lack of a party machine behind them.

“You see parties come through a town and they have a team of people with them so they can go in, knock on every door and get out again in a short time, for Independents its a much harder road.

“I just hope that by going in this election I can help to raise my profile a bit. I want to be involved in politics.

“Some people complain about the way things are and don't do anything about it, I believe that you have to stand up if you want to change something. “

Murray believes that, while the electorate want something different to the main parties, people are still hesitant to give their votes to Independents.

“People still see a '1' for an Independent on the ballot paper as a risk and I think that Independents have a long way to combat this.

“By coming together in some form, to make some sort of working group, maybe that is the answer.”

Murray is unapologetic in his belief that things will not get better under the mainstream parties.

“All this talk of recovery is ridiculous. This has been no recovery here, the only people who are talking about recovery are those who started austerity and the Government that followed them and continued to impose that austerity on the people of Ireland,” he pointed out.

“We are looking at the possible sale of Irish Water and austerity leaving us with pain that will be felt for generations to come. The Government needs to stand up for the people.

“ The bondholders need to be burned and debt not just here in Ireland but around the world, needs to be written down.”

But can he see the main parties taking steps to row back on austerity?

“No, they aren't prepared to do that. That is why we need an Independent voice in Government.

“Our failing as Independents is to convince people to back us, to let them know that even as Independents, we can work together for the overall good of the country, even while maintaining our Independent status.”