A brief appearance as a subdued Perry bows out 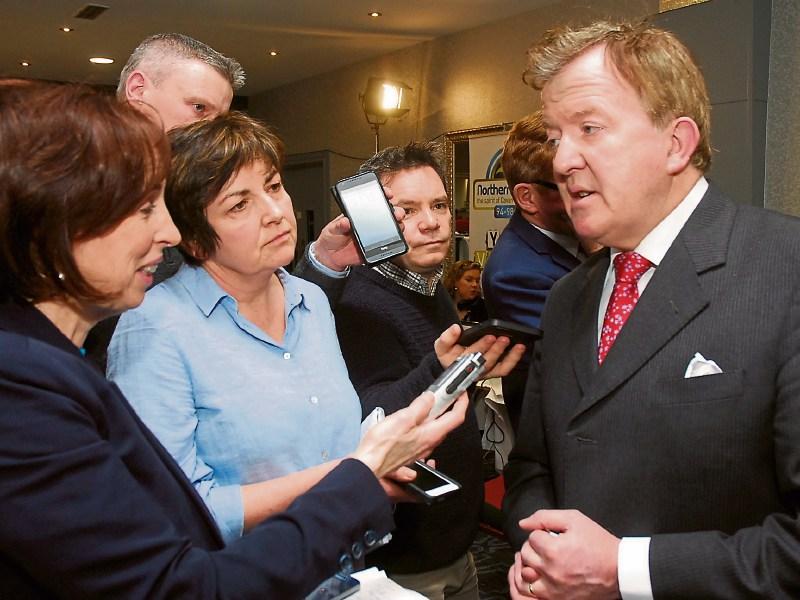 John Perry experienced the other side of politics for the first time in 19 years when he lost the seat he was elected to back in 1997.

A very brief appearance in the count centre on Sunday saw him swamped by reporters eager to get his views.

He wasn't giving much away about his future and instead concentrated on the privilege he has experienced in representing this constituency for almost two decades.

It has marked an end to his Dail career, for now at least. In truth, he polled poorly this time round with just 4,403 first preferences which left him a long way behind the front runners.

He was eventually eliminated after count 9 and his transfers helped to elect Tony McLoughlin and fellow Ballymote man, Eamon Scanlon.

The blow to Fine Gael nationally meant the party was also going to find it hard locally and it was Perry who bore the brunt of the backlash.

A strong vote was needed across the constituency and Perry struggled outside his heartland.

In Co Leitrim he fared poorly and in almost all boxes he took only single digit votes which was never going to be enough to get re-elected.

The controversial party selection convention in The Mayflower, where Perry came fourth, obviously reflected in his election vote.

The subsequent High Court challenge to get himself added to the party ticket, and ensuing media circus, must not have impressed the public.

Speaking to reporters, he said it was an “issue of principle” for him.

“I'm a man of principle and integrity. I took that decision which was vindicated,” he said.

Asked if the court case had damaged him politically, he replied, “I couldn't analyse that at the moment.”

He was keen to stress how privileged he has been to represent this constituency over the years.

“I'm very pleased to have been here for the length I was, I am the longest elected deputy for this constituency (Sligo) since the foundation of the state.

“I'm very fortunate to be in the Dail for 19 years and very privileged. I've enjoyed the tenure immensely in Leinster House. Very few people get the privilege of 19 years in Leinster House and I've learned a lot during that period,” he said.

Asked what went wrong this time round, he stated the obvious.

“It's not what went wrong, just that one element of the campaign was we just didn't get enough votes.

“I was very fortunate to have been very successful in four elections, that's life, that's what life is all about, you take the ups and you take the downs.”

Speaking about the other candidates, he added, “I hope that the best people are elected here today.

“I've no doubt the challenges that will prevail in the next period will be immense for whatever formation the government takes,” he concluded.