Flooding proposals to prevent repeat of 2009 and 2015 floods 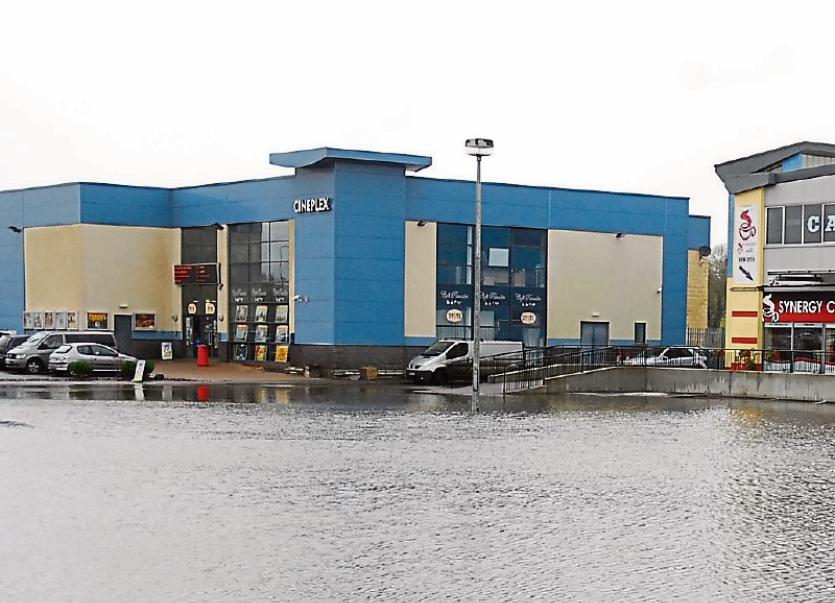 The water levels have subsided in Carrick-on-Shannon, Leitrim Village and other parts of the county severely affected by flooding in recent months and a group of local businessmen, farmers and residents are attempting to ensure a similar scenario is not repeated in the coming months and years.

Liam Farrell, whose estate agency business, located above the cinema in Carrick-on-Shannon, was among a number of businesses that became inaccessible before and after Christmas, has outlined some proposals which he insists will represent a minimum cost but will ensure the flood levels which brought the town of Carrick-on-Shannon to a standstill in 2009 and again in recent months is not repeated.

In conjunction with the local chamber of commerce the group sought to put a value on the full extent of the damage caused by the recent flooding and it is estimated when the figures are fully collated the figure will be in the region of €5-€6m.

Having lived alongside the River Shannon his whole life, Liam is of the opinion that while flooding might not be entirely preventable, the manner in which the river broke its banks in 2009 and in recent months would not be repeated if minor works were carried out.

He stated, “If minor works between Lough Allen and Rooskey are carried out the critical flood level would be removed.”

The first step Liam believes should be taken is regards the management of levels in Lough Allen.

He believes water levels should be reduced to a minimum navigation level by October 1 and thereafter, maximising the discharge from the lake by keeping sluices open to 400mm, subject to minimum levels being maintained.

The works that Liam believes are necessary would not result in a cost for the ESB who manage the operation of the sluice gates at Bellantra on the outlet of Lough Allen.

The benefits of these proposals would be a significant reduction in river volumes through Carrick-on-Shannon and subsequently a reduction in maximum flood levels while it would also reduce the cost of flood defence works.

Having met with the ESB along with Deputy Michael Fitzmaurice, Liam said the ESB's Hydro-Electric Engineer, “wasn't in a position to refute” what was put to him.

It is also proposed that river levels at Jamestown, Rooskey and Tarmonbarry are kept to the minimum needed level for navigation by October 1.

The group also highlight the lack of maintenance of the channel and banks of the river along the Charlestown bank (Jamestown weir and downstream) which has resulted in the capacity of the river to convey flood waters being severely reduced. It is believed the removal of scrub and fallen trees could also have a significant benefit.

As well as modifying the lock gates at Albert Lock it is believed works at the Mountcampbell Bank would significantly improve the performance of Jamestown Weir, without requiring structural changes.

Liam and the local group have met with both Leitrim and Roscommon County Council CEOs and they are said to be “in agreement on the proposals. They are preparing applications to the OPW to carry out their works.”

Stressing the potential these works could achieve, Liam remarked, “Our proposals could be done within a few months. It needs to be done by September. We met with Minister Simon Harris and the OPW and we pointed out what happened is critical.

“It is very simple, very pragmatic. There is no negative impact and it would cost peanuts from a financial point of view .”

Insisting work must be carried out to avoid a repeat of previous floods Liam added, “We do have power, we pay rates, we pay taxes. Our businesses and homes have been impacted. If it doesn't happen we will have to take a broad spectrum approach. We won't be discussing this again next January.

“The Minister was very receptive and I think the OPW were too. I think once the OPW are on board the ESB will have no choice but to properly manage water discharge at Lough Allen,” he said.

Urging the public to support the group in their bid to achieve their proposals, Liam said, “We are suggesting to other groups to organise themselves and formalise a Shannon defence group. We are confident but aware of the mindset that needs to be changed and that will require the goodwill of the public.”