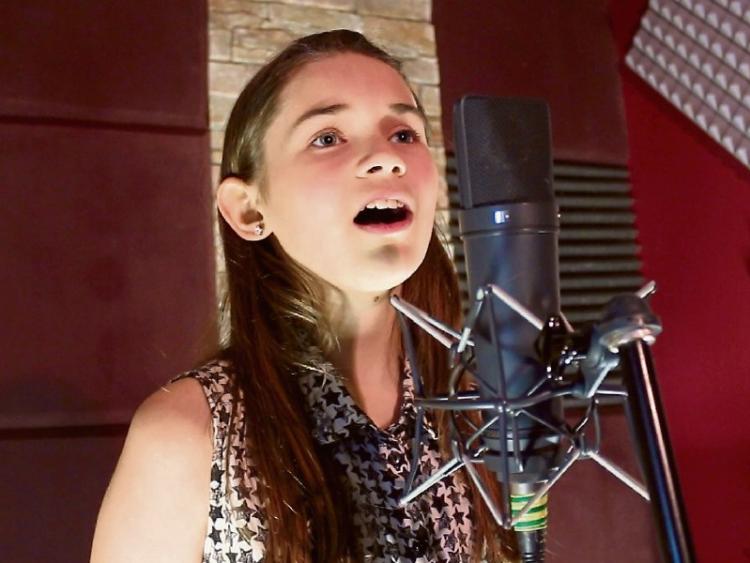 Eleven-year-old Caoimhe Mooney from Drumsna and her beautiful version of the song 'Grace' have gone viral on Facebook.

Caoimhe is in fifth class in Annaduff NS and joined Evolution Stage School Longford a year ago.

The first video on social media came about after she won a Scór competition singing 'Grace' so Evolution Stage School did a short video clip at her class. That video got over 125k views so the school decided to get her to the recording studio to record the full version especially as it was 1916 related.

Caoimhe recorded the song with Paul Gurney in his Real World studios Longford.

The video was posted to Facebook and it is now heading for 160k views, so she has a combined total of over 265k for both videos.

Caoimhe's beautiful voice has been shared and viewed all over the world, including, Canada, New Zealand, Australia, UK, USA and of course Ireland.

Some amazing comments have been posted too with some people saying they have been reduced to tears.

Plans are already underway to record more songs with Caoimhe.

Paul Hennessy from Evolution Stage School told the paper, “Her voice is one of the best young voices I've ever heard.”

He went on to explain, “She's not trying to be anyone else, she's just Caoimhe and her voice is natural and beautiful.”

The recording of Grace is also available to download on iTunes and Google Play.

The song tells the story of Grace Gifford and her wedding to James Plunkett on the morning he was executed for his role in the 1916 Rising.

The pair met in 1915, and the lyrics describe their brief marriage, which took place in the chapel at Kilmainham Gaol just hours before Plunkett was executed.

‘Grace’ was written by brothers Frank and Sean O’Meara in 1985, and has been performed by the Dubliners and the Wolfe Tones amongst many others.

Caoimhe breathes new life into the tearful ode, accompanied by Longford musician Paul Gurney, who also loaned his talents to some of the traditional songs in the Oscar-nominated film Brooklyn.

It seems a star has been discovered in Drumsna.