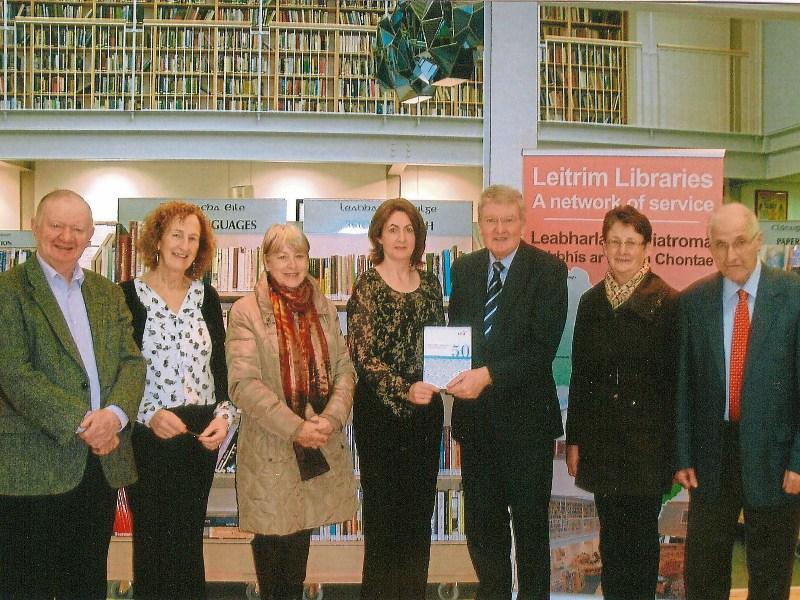 A presentation was made recently at the Leitrim County Library, Ballinamore of a history of the Retired Secondary Teachers of Ireland (R.S.T.A.) by author Louis O'Flaherty of the Dublin branch.

The library was represented by Emma Clancy and Hilda King. Padraic O'Doherty, a member of the National Executive of the RSTA made the presentation and outlined a brief summary of the plight of the lay-teacher in the early 1900's and before.

This lead to the formation of the Association of Secondary Teachers (ASTI) in 1909. There were no formal security of tenure or pension rights. These teachers, unlike their primary school colleagues, were employed privately by the school management.

While the ASTI worked diligently to obtain improved conditions for their members certain basic milestones and standards had to be prioritised. In 1916 a registration council was established to raise the standard of entry to the profession. In 1924 a salary scheme was established and a pension scheme was approved in 1929 on a voluntary basis only. There were no inbuilt adjustments to account for the cost of living increases or other forms of inflation. The archives contain examples of teachers ending their days in penury after a life of service to their country.

In 1962 it was decided that while the ASTI was involved in supporting teachers in active service, there was need at this point for a separate organisation to support the sub-committee for the retired members. The fundamental aim was to maintain parity with the serving teachers.

With negotiating rights of its own, the RSTA relies on the ASTI as a parent body for support in this matter. Accordingly, there are formal structures for both organisations to meet regularly to discuss issues of mutual interest. The ASTI provides the venue, an annual subvention and other goodwill assistance as needs arise.

The RSTA is a member of the Alliance of Retired Public Servants to protect their interests following the recent financial crisis in the country that resulted in pension reductions following the financial emergency measures introduced for all public servants. The membership of RSTA continues to rise and there are several events listed on the website: www.rsta.iw

The book is now available in the libraries of the county and will be of interest to many readers and researchers.