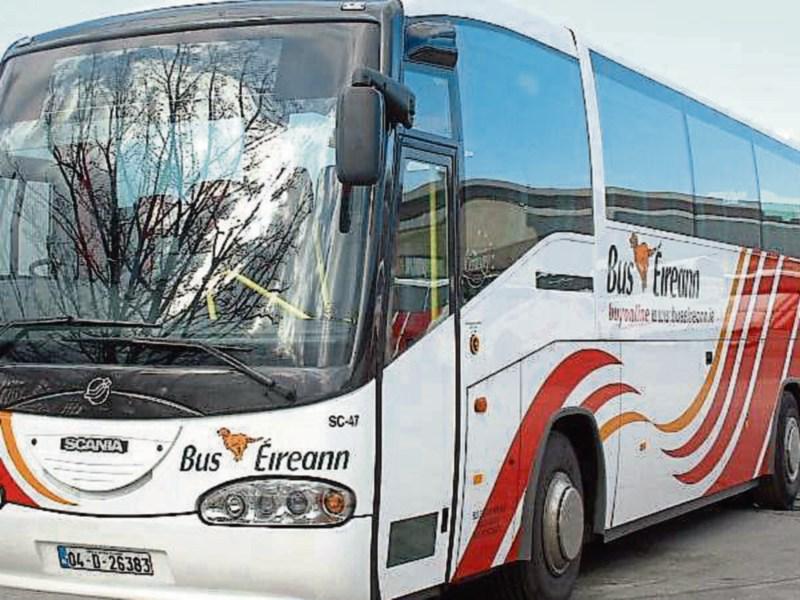 A spokesperson for Bus Éireann has told representatives of Leitrim County Council that the company's hands are tied by criteria set down by the Department of Transport in relation to the School Transport Schemes.

Children availing of the schemes at primary or post primary level have to attend their closest school and councillors say that, in some instances, children are being forced to attend schools with no connection to their community or parish.

Changes were introduced to the scheme in 2011/2012 as a result of cutbacks but councillors said that these had left the system “totally unworkable” in rural areas.

“If there are any alleged cost savings what are they and how are they weighted against the annoyance and upset that the current system is causing,” asked Cllr Paddy O'Rourke.

Cllr Justin Warnock agreed noting the “very structures rural parishes depended on were being eroded” as a result of ongoing school transport difficulties.

Councillors said major problems included the fact that some families have to send children to schools outside their local area, in some instances this included schools in other counties.

They said some families had older children attending one school, but when younger siblings sought transport to the same school, they were being refused on the grounds that another school was closer.

Independent councillor, Enda Stenson, told the chamber that the problem was “incredibly serious” and said people assumed that they would be able to send their children to their local parish school.

“This is no longer the case because of this new criteria (for the School Transport Schemes). Are we going to have to change the whole face of rural Ireland and have parishes decimated because of the distance between points one and two?” he asked.

Cllr Bohan agreed that “all the flexibility has gone out of (the schemes)”.

“I understand that you can't have a free for all with the schemes but in the current form they are very unfair,” she said.

She cited a case in Dromahair last year where one sibling was attending a school in Manorhamilton but when a younger sibling came through the education system he was not allowed to go to the same school as the older child and was instead ruled as only eligible for the Primary Transport Scheme if he attended a school in neighbouring county.

“Why is there no flexibility, no discretion in a case like that?” she asked.

She proposed that Leitrim County Council call on the Department of Transport and the relevant Minister to put in place changes which would allow for a degree of discretion adding “the situation on the ground is far from black and white”. This proposal was seconded by Cllr Enda Stenson.

Her colleague, Cllr Sean McGowan, agreed that some discretion would make the service more workable adding that he had instances in his local area where children were being told they would only be eligible for school transport if they attended a school in Co Roscommon.

“The current rules are so rigid that now it's impossible and this is causing a lot of distress and upset for families,” he acknowledged.

Cllr Padraig Fallon also pointed out that there were issues with concessionary tickets under the system.

He told the chamber that he knew of a family where a student was 0.2km closer to a certain school but, this school had no school transport system in operation.

“This family have a concessionary ticket, where they have to pay towards transport to a school which is further away,” he said. “They are being penalised because their nearest school doesn't have a transport scheme. This service needs to be reviewed.”

His Sinn Féin colleague, Cllr Brendan Barry agreed noting this was as problem in his locality as well and other councillors noted they had similar examples in their areas.

Cllr Sinead Guckian said she was in full support of her colleagues and added that while ethos was highlighted as something taken into consideration when selecting eligibility for a school, this clearly didn't incorporate consideration for the 'ethos' of rural communities. She and colleague Cllr Caillian Ellis, also highlighted issues with the payment system currently in place.

Bus Éireann Regional Manager, Rory Leahy, acknowledged that the scope for flexibility with the system was “very limited”. He accepted there were instances where older siblings attended one school, while younger students were not allowed due to changes in distance eligibility, but stressed such instances were not common.

He noted that there were also examples where students were having to attend schools outside the county, adding “these things happen”.

“We're operating a scheme the way it is put to us. We are not taking pupils from just anywhere, there is criteria we have to follow. If someone is not happy with a decision there is an appeal mechanism,” he pointed out.