Wreath laying in memory of 1916 volunteer 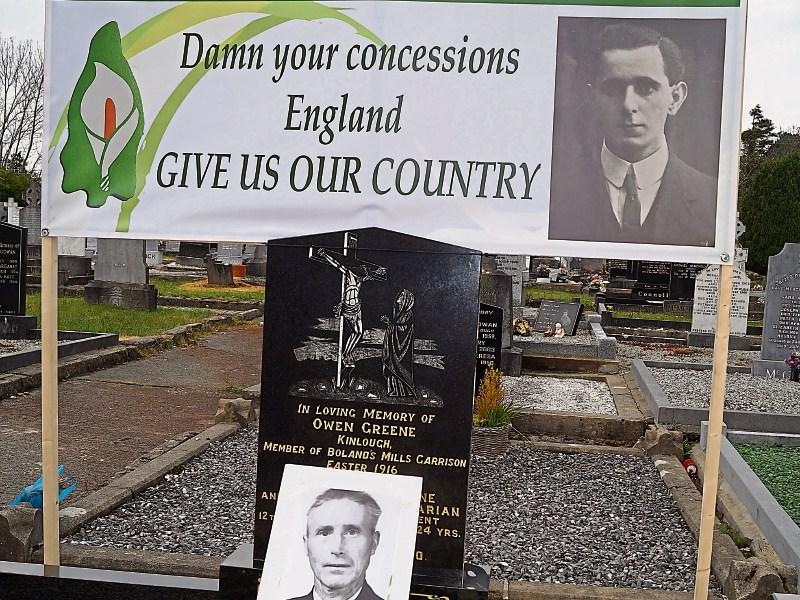 He joined C Company 3rd Battalion Dublin Brigade of the volunteers around 1914. On Easter Sunday he paraded with his company on the drill ground of the 3rd battalion at Camden Row, after some time they were dismissed and told not to leave the city.

On Easter Monday morning Owen was instructed to assemble at Earls Fort Terrace with full equipment and three days rations and proceed to Boland's Mills where he was met by the OC. He was stationed at various parts of the mills and on the railway line that ran alongside the mill.

On Friday he was sent with OC Simon Donnelly and two other volunteers to a house on Grand Canal Street to dislodge enemy snipers who were operating there.

Owen was shot in his left leg in nearby Mount Street and was administered first aid by Simon Donnelly.

He was taken from here to St Patrick Duns Hospital where he remained for some months. At some stage Owen was moved to a military hospital at Kilmainham with another brave soldier of Ireland Cathal Brugha. He was released in the middle of July 1916 with the last of the prisoners being released at Christmas 1916.

Owen Greene was a native of Mullaghdun, County Fermanagh. He worked in his uncle's drapery shop at Main Street, Kinlough where he met and married Tessie McGowan, they lived in a house beside St Aidan's Church, Kinlough.

Thomas thanked May Owens daughter for her help and for making information on her father available to the committee.

Wreaths were laid by Martin McGowan on behalf of the family, by Kevin Clancy on behalf of the North Leitrim Commemoration Committee and by Liam (Willie) Kelly on behalf of Leitrim independent republicans. Ciaran Curneen read the 1916 Proclamation of the Irish Republic. This was followed by a minute's silence for Owen Greene and everyone who died for Irish freedom. Seamus McGowan recited 'For what Died the Sons of Roisin'. This was followed by a decade of the rosary as gaeilge. The proceedings concluded with Amhrán na bhFiann.