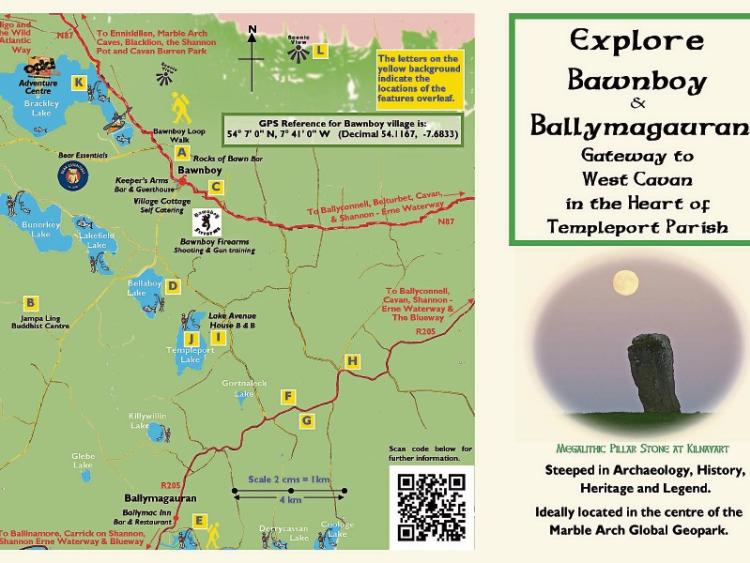 Templeport Development Association are organising the launch of a tourism information leaflet aimed at highlighting the many local attractions of the Bawnboy and Ballymagauran areas.

The launch of the leaflet, encouraging visitors to explore the gateway to West Cavan, will be held at the Jampa Ling Tibetan Buddhist Centre, Bawnboy on Friday, May 20 at 12 noon. An optional bus tour of the sites on the leaflet will depart from Jampa Ling at 10am.

Often this part of the country gets neglected or, through simple oversight, is ignored by many tourist information websites, brochures and books but the Templeport Development Association are hoping to address this issue with the launch of the new leaflet.

“We have put a phenomenal amount of time and work into this leaflet which we hope will benefit the area in lots of different ways,” notes Isabel Rofé, Chairperson of the Templeport Development Association.

The leaflet launch is also important to those living in Co Leitrim, as it is hoped that the promotion of the region will have a knock on effect for tourism, helping to draw visitors to not just Bawnboy and surrounds, but also in neighbouring Leitrim.

The launch of the tourism information leaflet will be attended by a number of local organisations and businesses involved in the tourism trade in the area.

Local baker, Lorna Thompson of www.Lornathompsoncakes.com will be making a special creation in honour of the official launch of the leaflet.