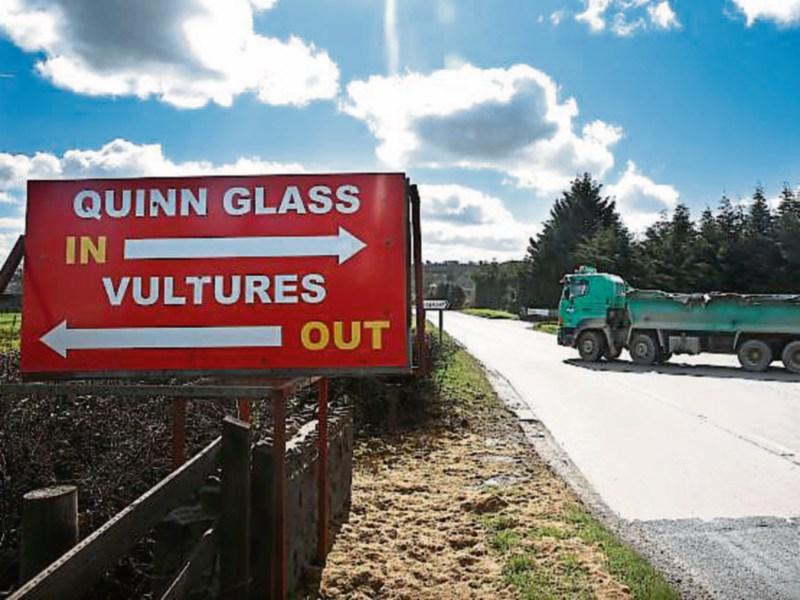 A High Court action against Facebook over allegedly defamatory posts by a group supporting the lawful restoration of Sean Quinn's family to control of his former businesses has been struck out.

It follows Mr Quinn's intervention and his request to the group calling itself “Concerned Irish Citizens” to remove the Facebook page in question, the court heard.

Facebook has not opposed an order revealing the identities of those who the allegedly posted the material.

Quinn Industrial Holdings (QIH), and its chief executive Liam McCaffrey, last week sought orders against Facebook Ireland requiring the removal of the material and revealing the identities of those behind the postings.

Facebook opposed the application saying it could not be expected to screen posts when billions were put up every day.

The matter came back before Mr Justice Paul Gilligan on Wednesday (May 11) when Michael Binchy BL, for QIH and Mr McCaffrey, said the offending posts had been removed at the request of Sean Quinn to Concerned Irish Citizens.

The only outstanding issue was the extent of the order relating to identities and Facebook was adopting a neutral position in relation to this, he said.

Rossa Fanning BL, for Facebook Ireland, said his client was neither opposing nor consenting to the order.

Mr Justice Gilligan said it was appropriate to grant the order as sought by the plaintiffs and he struck out the proceedings against Facebook.

Sean Quinn issued a statement following the case in which he said, “I'm currently in discussions with the US Investor Group, that own QIHL. While these discussions are confidential, I can confirm that they continue to be positive.

“It is generally felt that the posts from Concerned Irish Citizens Facebook page are counter-productive to these discussions. While my family and I appreciate the continued support that all members of CIC have shown us over the past number of years, I would request that CIC immediately cease posting further material and close down the Facebook page.”

In response to Mr Quinn's statement, Patricia Gilheaney, Secretary, Concerned Irish Citizens, said the group reflected on the request and came to the conclusion that it was in everybody's best interest for them to respect the wishes of Sean Quinn and to disengage at a time when such sensitive discussions are ongoing.

“Our Facebook page has been hugely popular and regularly attracted over 10,000 views per day,” Ms Gilheaney said.

“We would sincerely like to thank all our followers, supporters and contributors and also those who shared our posts and the media who gave us air and page coverage.

“Our aim has always been to shine a light on wrongdoing, and injustice and to give the people who contacted us a voice. We have a mandate of over 90,000 people and we are as certain today as we were five years ago that a serious injustice is being perpetrated on the Quinn family, given that their litigation has been delayed for five years now with further delays of at least two more years expected.

“This injustice is compounded by the fact that Quinn assets, which are currently the subject of legal proceedings, have been and are being sold. CIC and the local community are steadfast in their views that purchasers of Quinn assets will not be welcome until the conclusion of the litigation.”

She continued, “Justice delayed is justice denied and we call on the incoming government and all political representatives, particularly in the local constituencies, to bring this great injustice to an end in the interest of protecting the jobs at Quinn and to save further waste of taxpayers' money.

“As our Facebook page comes to the end of its days, we hope that new beginnings will bring closure to this unfortunate and unjust debacle.”

CIC Facebook page was shut down on Wednesday, 11th May 2016.

Chair of Quinn branch of Unitetheunion, Padraig Murphy, welcomed the decision to close the Facebook page, which he said must be seen as a positive step, and called for this to be followed up by the removal of hostile signage outside former Quinn group buildings.

“There can be no doubt by anyone that these roadside pop-up signs are locally counter-productive and do untold damage, especially to the working class families and community.

“The closing of this Facebook page should now, in good spirits, create a situation where removal of these aggressive and hostile signs can occur.

“We wish the Quinn family the very best of luck in their plight and hope things are going to be resolved in the best possible manner for them,” he said.