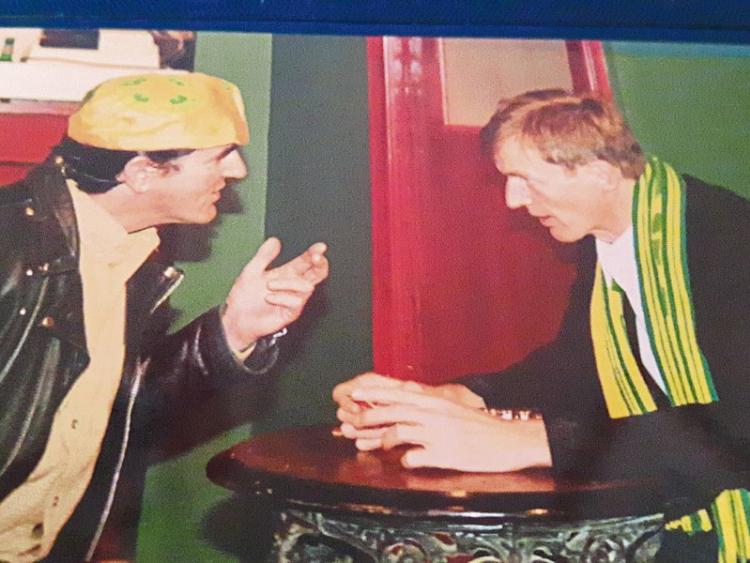 Beezneez Theatre Company hit a significant landmark in 2016, when they celebrate twenty years of national touring, during which time they have become one of the most popular touring companies in Ireland.

The mark the occasion, Beezneez is responding to constant requests by presenting a revival of John McDwyer’s first play, Lovely Leitrim. It is fair to say that the first production of Lovely Leitrim put Beezneez on the map as a touring company and introduced McDwyer as a playwright.

Lovely Leitrim has been followed by seven successful stage plays from his pen, including the other two parts of The Leitrim Trilogy, Callaghan’s Place and Unforgiven.

Beezneez toured Lovely Leitrim, three times to full houses and widespread acclaim and it is safe to predict that the revival will be greeted just as rapturously. John McDwyer, who directs his own work, describes the rehearsal process as a ‘back to the future’ experience.

“With so many of the original cast available and keen to be involved again, it has been a surreal experience in the rehearsal room but we have all been anxious to take a completely new view of the work and with the themes of the play, unfortunately, as relevant again as they were twenty years ago, we know that our audiences will relate to the play”.

Lovely Leitrim tells the story of the Gallagher family who farm on a Leitrim hillside. Armed with the certainty of motherhood, Mary Gallagher is convinced she knows what is best for her family in the event of her death.

Her insistence on being granted her dying wish ultimately fragments her family and results in a cataclysmic evening in a London pub where her eldest son finally makes peace with himself and with the world. The unbridled wit of the dialogue sugars the sadness of a passing way of life.

Maurice Kehoe, Peter Davey and Michael Roper are among the returning actors in a production which opens in Kiltyclogher on June 23. This is a very significant year for Kiltyclogher and since Beezneez have never played there before now, the company were anxious to be part of their year.

This opening will mark the start of a thirteen venue tour by Beezneez with all local venues such as Carrick-on-Shannon, Roscommon, Sligo, Manorhamilton and Longford being included. The company also play two Dublin dates in The Civic Theatre, Tallaght on Friday, July 1 and Saturday, July 2. This is an ideal opportunity for people living on the east coast to savour the play and a Beezneez production. Lovely Leitrim will surely be the hottest ticket of the summer and bookings are already coming into each venue. Early booking at a venue of your choice is advised and the full tour schedule may be seen on the Beezneez Facebook page.