Everyone has a role to play in suicide prevention

Public meetings, surveys and feedback aims to help create a plan to address suicide and self harm 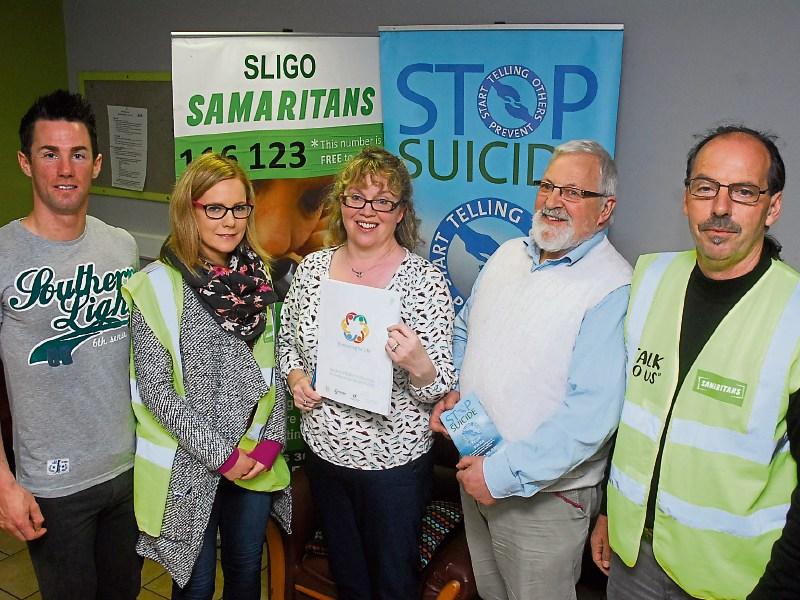 Suicide is something which has struck directly at the heart and soul of every community in Co Leitrim.

The impact of someone taking their own life has far reaching effects and when you take into account the numbers of those self harming or suffering, often in silence, with mental health issues, it becomes more vital than ever that communities come together to find ways to help improve the mental well-being of its residents.

The reality is that “everyone has a role to play in suicide prevention” and on Tuesday, May 10, I attended a public meeting in Kinlough aimed at helping generate public feedback to develop a county strategy on suicide prevention.

It was one of six workshops which have been either held or planned for towns in Co Leitrim this month.

Roughly 17 people turned out in Kinlough to hear a short presentation highlighting the incidence of suicide and self harm, not just in Ireland, but in Co Leitrim, and stressing the need for all of us to take responsibility for developing strategies to try and improve mental wellness and reduce self harm and suicide.

Thomas McBride, who works at the Mental Health Promotions Department of the HSE explained that the National Office for Suicide Prevention has developed a new national strategy for suicide prevention called “Connecting for Life'. As part of this the HSE is working in partnership with local organisations, community and voluntary groups to develop a suicide prevention action plan for Co Leitrim to run in conjunction with the national plan.

As well as the workshops the HSE is also working with selected groups throughout the county and are also asking everyone in the County to complete an online survey.

At Kinlough's meeting it was obvious that while people still feel very traumatised by the impact of mental health issues and the incidence of suicide in our community, there is still a strong will to try and improve mental wellbeing.

Those at the meeting praised the work of groups such as the North Leitrim Men's Group, Stop Suicide, the Samaritans and other initiatives, but stressed that there was more that could be done to assist those vulnerable in our communities.

Suggestions included starting mental health classes at national school level; intervening earlier with parents who perhaps, lack the skills to parent successfully in terms of helping to develop children's self esteem and confidence; putting qualified counsellors in place in schools; promoting mental wellness, rather than just focusing on mental ill-health and getting voluntary groups involved in more mental wellbeing projects at local level.

The dangers of social media and its impact on people's mental wellbeing was also highlighted along with the need to address issues such as rural isolation and depression caused by long term unemployment.

The role of the GAA was a particular focal point and a spokesperson for Melvin Gaels said that their local club was the only one in Leitrim involved in the GAA's Healthy Club Project - an initiative which aims to assist clubs to develop the physical, social, emotional and psychological health of its members. There are plans to roll out this project to even more clubs.

It is hoped that the Leitrim 'Connecting for Life' plan will be finalised by the third quarter of this year.

Do you have an idea for a project or programme which could improve mental health? Can you spare a few minutes to complete a survey offering feedback on a suicide prevention strategy?

If so, check out the online survey at connectingforlife.polldaddy.com/s/connecting-for-life-leitrim