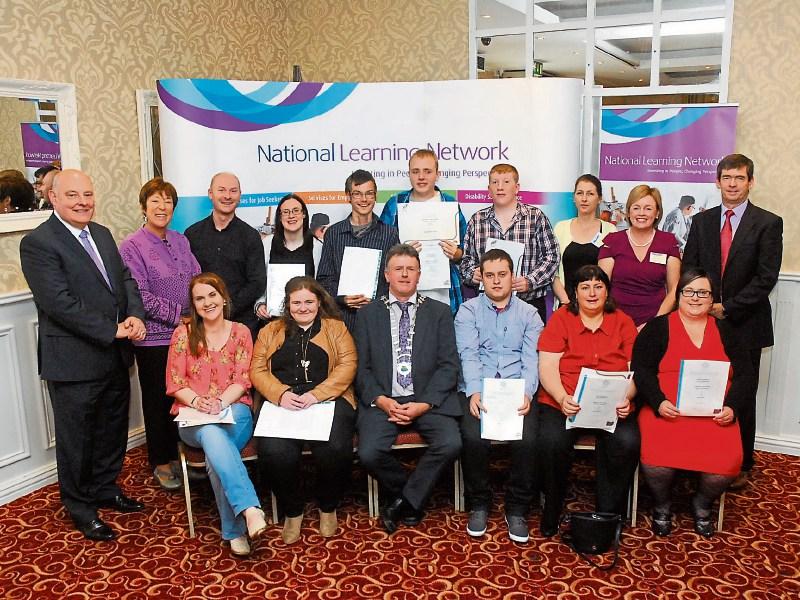 Helena Finneran, Manager National Learning Network, Carrick congratulated the class of 2016 saying, “You should be proud of your achievements. I would like to commend you all on your personal achievements.”

She added, “Thank you most sincerely for choosing our programmes at National Learning Network, we hope we have served you well.”

The role of local employers was also acknowledged by Helena who remarked, “I would like to thank the local community groups and associations and I would also like to acknowledge the great role played by employers.

“Without their support the opportunity to provide specific skills training would not be possible.”

Wishing the learners every success in the future Helena added, “Our doors are always open. If there is anything we can do to help with your future endeavours don’t hesitate.”

Students representative, Michael O’Rourke, addressed the assembled audience joking that his speech wouldn’t be as controversial as what American Presidential candidate Donald Trump might have to say!

“I have been encouraged to take an interest in my learning. I would like to thank the Network for the opportunity and support.”

Denise Burns, Co-ordinator of Rehabilitative Training HSE also paid tribute to the learners saying, “When I meet many of you for the first time you may be unsure but on days like today I can see and the staff can see how much you have grown and how much you have achieved. Congratulations and well done.”

Denis added, “Carrick-on-Shannon and Co Leitrim have always been hugely supportive, it is something as a community to be proud of. Be proud of yourselves.”