The Clubhouse Bar gears up for 10th anniversary celebrations 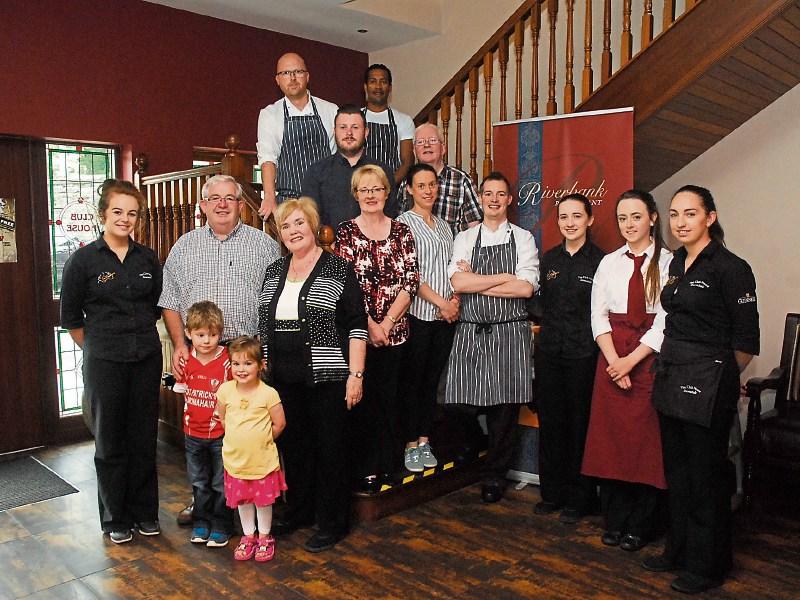 The Clubhouse in Dromahair is celebrating a remarkable 10 years in business which has seen them become a firm favourite among customers for their outstanding food and service which is served in a relaxed and comfortable environment.

Run by the Kelly family - Patrick Hugh and his wife Anne, the bar was opened in 2006 as a standalone pub and during the tale end of the ‘boom’ years the business proved to be very popular.

However, when the recession hit, it quickly became apparent that a change of approach was needed and head chef John Kelly, son of Patrick Hugh and Anne, noted that the bar food element of the business was born out of the recession period when numbers were down considerably in pubs during the week.

John said the success of the bar food has been the saving grace of the business over the past 6-7 years.

The quality of the food served in the bar has ensured the success of the business but John was equally quick to pay tribute to the local customers whose loyalty has helped ensure the continued success of the Clubhouse.

John, who learned his trade under the guidance of Nevin Maguire in the MacNean Bistro in Blacklion has developed a menu and a style of food that has proved to be a real hit with customers.

“We didn't want to do the normal pub food so we devised a menu that is between quality restaurant food and typical bar food.”

The food has proved to be a real hit with John quick to pay tribute to the customers who continue to return to the premises.

“We have a lot of custom from Manorhamilton, Sligo, Ballymote, Drumkeerin and Riverstown. People travel out of their way to come to us. We have been very lucky to have had such great support locally, we've had a huge local following. Without the local trade we wouldn't be in the position we are.”

Bar food is served in the Clubhouse seven days a week from 12.30pm-9pm serving top class food which has been prepared from the produce received from suppliers who are locally based.

Bar manager Patrick McPartlan explained the menu is freshened up every few months with the favourites retained.

The specials that are on offer have also proved to be very popular. For example from Monday-Thursday the meal deal for €15 offers diners a meal and a pint (or soft drink). A recent addition to the Clubhouse has been the steak night on a Friday night which has proven to be very popular. Four different cuts of steak - fillet, rib-eye, t-bone and strip loin are all available and are served with a complimentary pint, glass of wine or soft drink.

The Clubhouse is also a welcoming environment to watch big sporting events on the big screen tv while it has also developed a reputation as a venue to savour excellent music.

The Clubhouse have been recognised for their outstanding food and service over the years, being named the best casual dining location in Leitrim two years in a row and they have also won the best customer service in Leitrim award twice. On top of that they have also been short-listed for the Connacht Gastro-pub of the year award every year since they first opened.

Paying tribute to his staff John said, “That's down to the team on the floor and in the kitchen. Myself and my wife Ruth could spend every waking hour here but that is no good without a team that care. We are very lucky in that respect.”

The management and staff of the Clubhouse would like to invite their friends and customers to join them on Saturday next, August 27 to mark their 10 years in business with a barbecue in the beer garden and music from Alan Farry and DJ Johnny McG from 10pm.