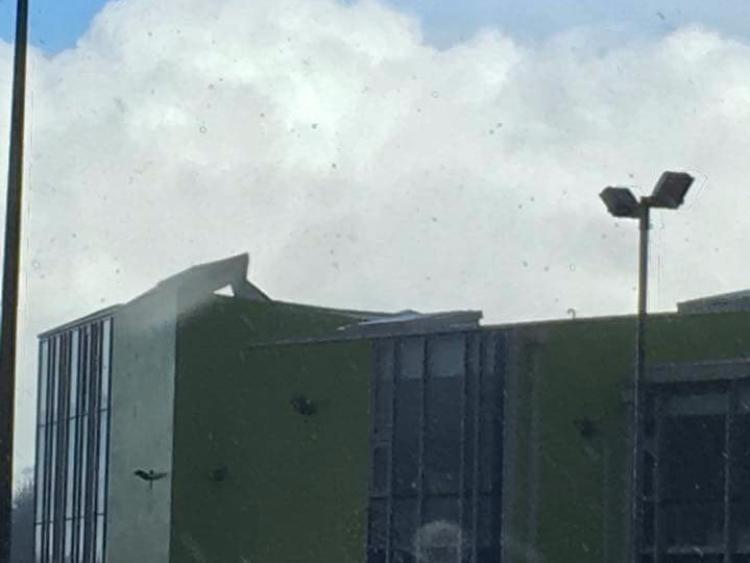 Part of the roof of Ballinamore's Community school has been damaged by gale force winds that tore through the North West of Ireland last night.

The school is closed at the moment for mid term break.

School Principal, Padraig Leyden told the Leitrim Observer that winds had been too strong earlier today to allow for the inspection of the damage but he stressed that no water had entered the building and the school will re-open as expected next week.