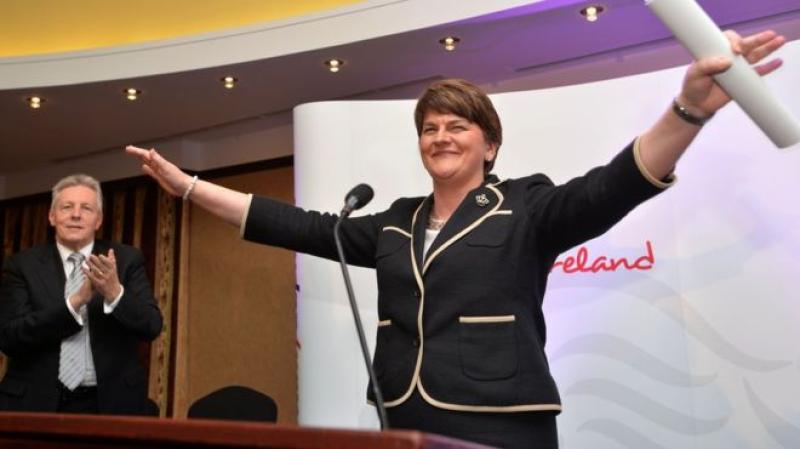 DUP Leader Arlene Foster has topped the poll in Fermanagh South Tyrone, but has still not reached the election quota.

Foster received 8,479 first preference votes. The quota is 8,711 and no one has been deemed elected on the first count.

Sinn Féin's Michelle Gildernew has had a great start with 7,989 first preference votes and her party colleague Jemmas Dolan is on 7,767.

The turnout is up in Fermanagh-south Tyrone from last year's election. 53,075 votes were cast yesterday in polling stations across the constituency, representing a turnout of 72%. Last year 64.55% of people turned out to vote.

More details as we get them.