French Ambassador says "we need to build bridges not walls" 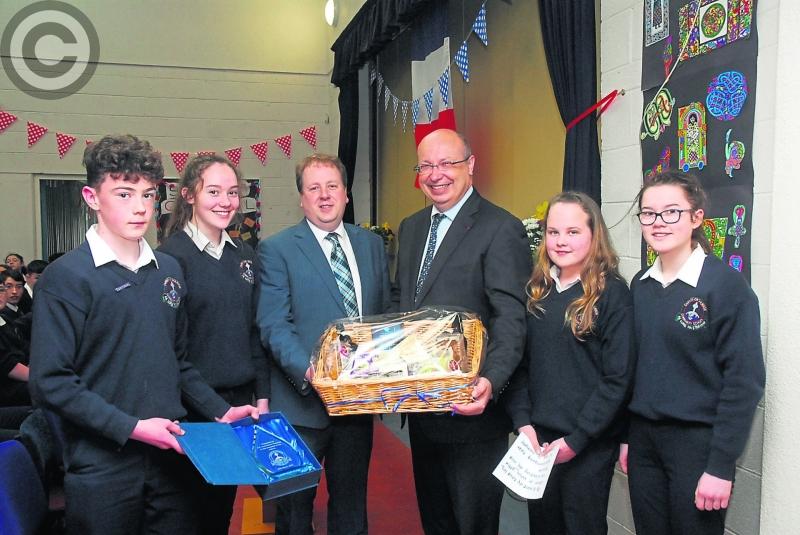 Carrick-on-Shannon Community School was decked out in a different tricolour of blue, white and red to welcome the French Ambassador to Ireland H.E. Jean-Pierre Thébault on Wednesday, March 29.

The ambassador visited the school to thank the students and staff for their messages of condolences and support following the Paris attacks in November 2015.

French students at the school wrote to the French Embassy in Dublin to express their shock and sympathy after the series of coordinated terrorist attacks killed 130 people across the city.
Another 368 people were injured with almost 100 seriously after three suicide bombers struck outside the Stade de France in Saint-Denis, several mass shootings, including a mass shooting at an Eagles of Death Metal concert in the Bataclan theatre, leading to a stand-off with police. The Islamic State of Iraq and the Levant (ISIL) claimed responsibility for the attacks.
A number of French students from Carrick-on-Shannon Community School who were emotionally affected by the terrorist attacks wrote in French to pledged their support to France and their people after the attacks.

Ambassador Thébault said he was “moved by the letter” and wanted to personally visit and thank the students for taking the time out to send their condolences.
He told the students “we need to build bridges not walls.”
He thanked the school for their attitude and for being so welcoming. He said in Europe “our strength lies in friendship.”
The ambassador was presented with local goods from Carrick-on-Shannon Farmers Market, there was music and song to celebrate the visit.

Principal Adrian Jackson thanked the ambassador for his important visit and wished France well in the future. He said he hopes the links between the two countries continue to grow and foster.
Ambassador Thébault said the French Embassy in Dublin received thousands of letters from across Ireland following the Paris attacks and the ambassador said he wrote back to everyone and is hoping to visit each group and thank them for their support. He said such solidarity is important to him and his fellow French citizens.

Mr Thébault told the paper France was in shock for a long time after the attacks but they are starting to move on. He said that he acknowledges that the boys and girls in Carrick Community School today will be “the men and women of the future - who will rule and make decisions.”
On the same day the UK triggered Article 50 to start Brexit he told the Observer he believes European countries must become stronger and not allow Brexit to distract the core ideals of the European Union.
On the subject of rising racism, Jean-Pierre Thébault said France is a country of emigrants and immigration. He said “we are in a very challenging time.” 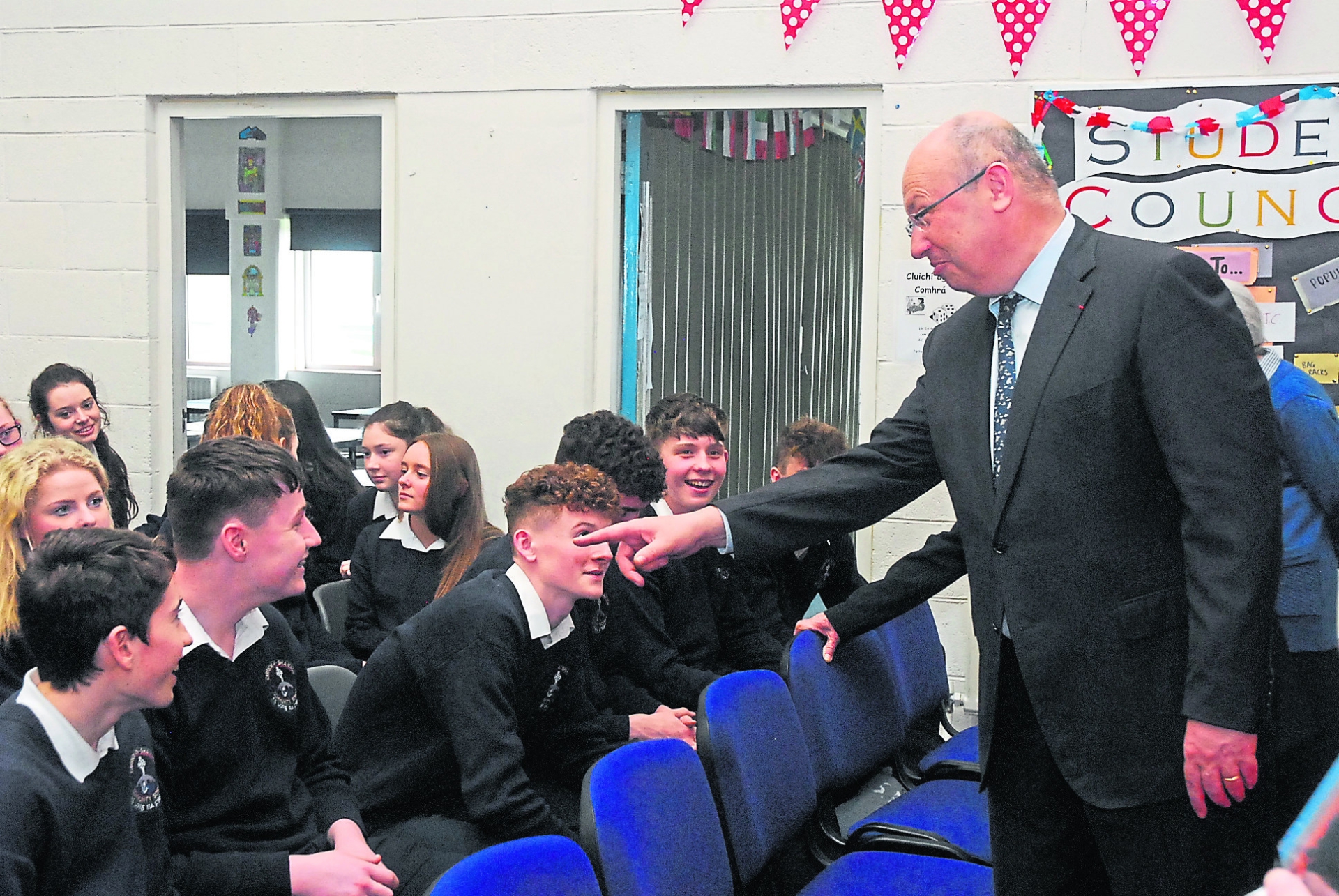 The ambassador who is originally from Lourdes in France has been stationed in Ireland since 2004 said we must recall “the founding values of the society we want , we must express them and defend them.”
He noted racism and those who do not stand for the core values of our society cannot be accepted.
He added “we cannot concede on our values.” Although it he admitted it is not a “simple or safe world we now live in” we must better prepare for the future.”
Over 150 students are learning French at Carrick-on-Shannon Community School and the Ambassador says this strengthens links between the two countries daily.
Leaving Certificate students across Leitrim are sitting their oral examinations in French and Irish last week and this week.