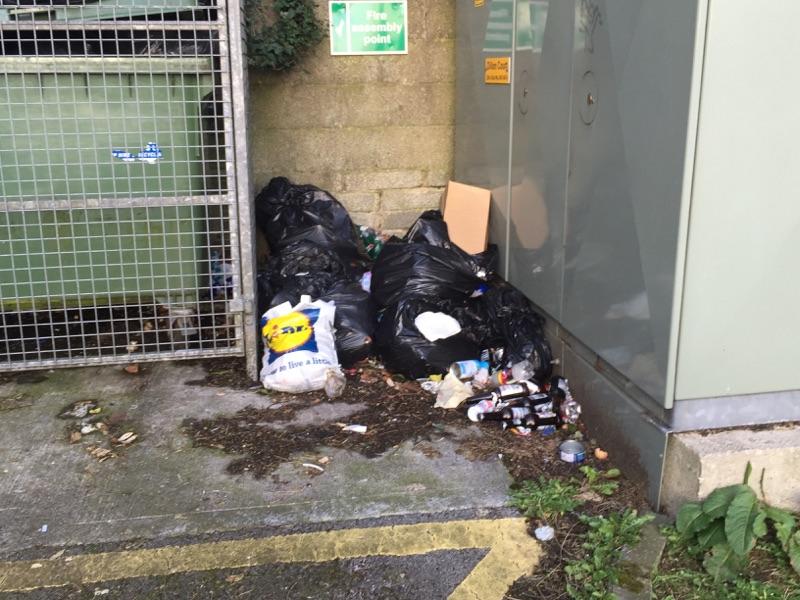 Bin bags dumped near residential collection areas and bags of used nappies dumped on footpaths, coupled with recent vandalism incidents at local sports facilities in Manorhamilton have led Cllr Felim Gurn to call for a naming and shaming of those responsible.

Cllr Gurn said that the problem of anti-social behaviour has worsened in the town in the last two years but stated there was only a “small core group of people responsible for this.”

At the Manorhamilton Municipal District meeting this month, the Independent councillor stressed that the majority of people in Manorhamilton were law abiding and extremely proactive in the community.

“This is being ruined for everyone by a very small number of people who don't care about the town and who have been participating in disgusting acts of anti-social behaviour,” he told the Leitrim Observer.

Cllr Gurn highlighted illegal dumping happening at the Dillon Court Apartment Blocks in the town adding that the majority of residents here were paying large maintenance fees each year for the removal of rubbish and the caretaking of the building.

“People from outside the estate are illegally dumping rubbish in the bins here that are supposed to be for the residents. This is very frustrating for the residents paying these huge fees,” he said.

“There are also bags of used nappies being dumped on the footpaths and bags of rubbish are left against the buildings.”

“We don't know who is exactly responsible but this is unacceptable for the vast majority of people in this town who aren't engaging in this type of behaviour. We need to name and shame those responsible,” he said.

Cllr Gurn also highlighted concerns over anti-social behaviour in the town noting that “we know these acts are being carried out by just a few individuals.”

Most recently, the local community sporting facility at Bee Park was targeted. Damage was sustained to the dressing rooms and also the defibrillator machine which the community had raised funds to put in place.

“There is a small group of young people who are drinking regularly around the town at night and causing problems and we need to tackle this,” said Cllr Gurn.

“Groups like the local Tidy Towns and local businesses and local volunteers are working hard to have Manorhamilton looking its best. This sort of behaviour has to be stopped. We have to have zero tolerance for antisocial behaviour like vandalism and littering and we have to tackle this now.”