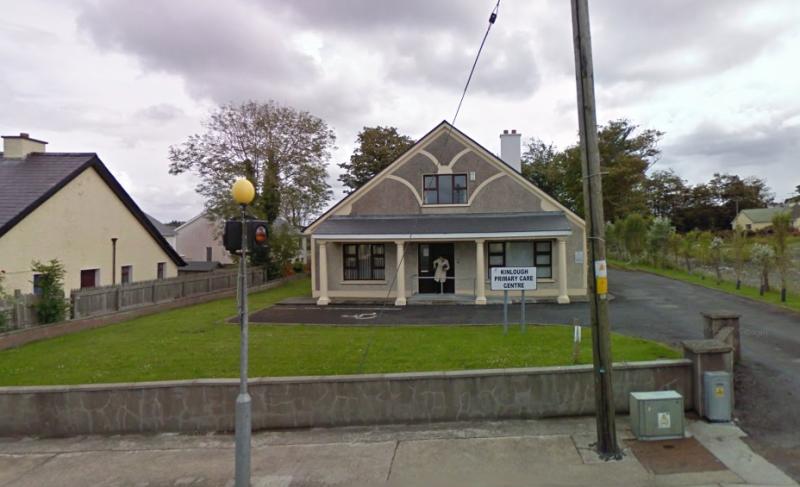 The community of Kinlough feel “very let down by the HSE in respect of the primary health centre” the Seanad heard last week.

Minister of State Helen McEntee who heard the information said she will inform the Minister of Health of the situation.
She did say there is an “ongoing” private matter between the owners of the rented property and the HSE.
Senator Swanick explained that the community only have a two day GP service at the health centre each week by appointment.

He said he contacted the HSE about this issue in June 2016 and was told there “are no plans to increase the level of GP cover in the area.”
On the other three days the GP cover is based in health centres in Bundoran and Ballyshannon, but the senator points out “the people visiting GPs and care centres are not in the full of their health. They are in need of medical attention and, as such, we can rightly assume that they are in some form of pain or distress. The fact they cannot visit a doctor in their own locality only adds to this distress and, in my opinion, it is disgraceful in this day and age.”

The Fianna Fáil Senator also put forward that “Currently, hearing and dental checks are not being conducted in the health centre, but in the local school which has 270 pupils. This causes major disruption. The people of Kinlough deserve a full-time GP service, five days a week.”
As a GP himself, the Senator said “there is a compelling argument for an enhanced service.” He asked that responsibility for Kinlough Health Centre be returned to the Leitrim primary care area, as opposed to the Ballyshannon-Bundoran area. He concluded, ”The community of Kinlough deserves better.”

After listening to the senator's details on the centre, where he called for a five day a week GP, Minister of State, Helen McEntee who stood in for the Minister of Health, Simon Harris, confirmed that the primary health centre in Kinlough is an outreach from the main centres of practice in Bundoran and Ballyshannon.
She outlined the centre was rented by the HSE in 2004.
“As this was originally a domestic type dwelling, a number of works were carried out to make the property fit for purpose. The HSE has advised that an issue has arisen about the negotiation on the rental value of the property which is ongoing and as this is a private matter between the owners and the HSE.”
She reassured the Senator and the people of Kinlough that the HSE has informed her that services are continuing to be provided from these premises in Kinlough.

Senator Swanick put forward that the village of Kinlough is expanding and needs a five day a week GP service. He outlined, that the population increases year on year and Kinlough is the third largest urban area in County Leitrim.

Deputy McEntee stated that it is the government’s priority to enhance and expand capacity in the primary care sector.
She said the Senator's suggestion that the responsibility for Kinlough's Primary Care Centre should move into the Leitrim primary care area is something that might be raised after the committee has finished its deliberations and once it is planning the future of what primary care in this country will look like.
She thanked the Senator for raising the issue and said she would bring the information to the Minister of Health, Simon Harris for further discussion.