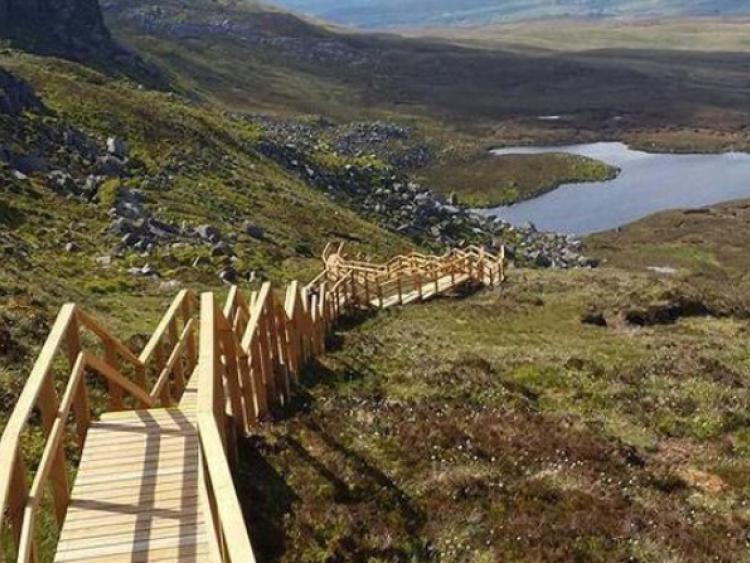 A wooden boardwalk covering 1.6km of Cuilcagh Mountain has been hailed as the local equivalent to the “Great Wall.”

Marble Arch Caves Global Geopark have this morning announced that the popular Cuilcagh Boardwalk is closed on the border of Fermanagh and Cavan.

The Northern Ireland Fire & Rescue Service have been fighting heather fires on the mountain throughout the weekend, but this morning Monday, May 5 the boardwalk which has attracted thousands of visitors so far this year has been closed for the safety of the public.

The Cuilcagh Legnabrocky Way (including the boardwalk) is closed to the public until further notice. Stay up to date on Marbe Arch Caves Global Geopark Facebook.

Mountain fires have been causing huge problems in the region with a large blaze on the Dromahair / Sligo border and also fires reported in the Drumshanbo/ Arigna area.