Ballinamore man has been in a coma for 270 days 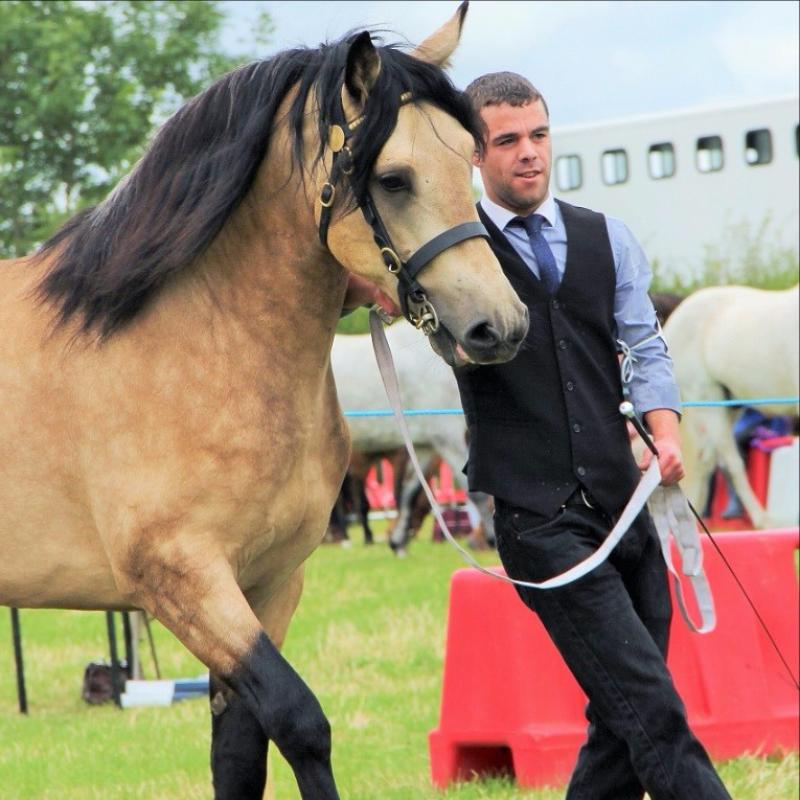 Ballinamore's Colm Costello is Ireland's longest patient in ICU after 270 days in a coma.

The 28-year-old who suffered a rare auto-immune neurological disorder in August 2016, has four different antibodies attacking his body which has never been encountered by medics around the world.
Colm's father Paul told the paper his son is undergoing a new treatment which is offering his family and friends much hope.

Colm has received five out of eight treatments as part of an experimental procedure to clear the antibodies from his system. Paul said “it is a slow progress but it needs to build up in the system.”
Colm is in “uncharted waters” and the medical team in St Vincent's are partnered with Oxford University and other medical teams around the world to seek a solution to Colm's rare issue.
While doctors have encountered two antibodies attacking a system, they have never before dealt with four.

Paul sends out weekly texts to family members and friends, some of which are published on Facebook, he said they never thought they would be up to day 270. He says the number is on the screen by Colm's bed.
Paul understands Colm is the longest patient in ICU in Ireland “and he will be there for the foreseeable future.”

After the eight treatments are completed fluid will be taken from Colm's spine and sent to Oxford for analysis.
“Colm is a fighter” Paul explains and the doctors are “hopeful” of an improvement soon. He said his son's organs “are all 100%” and his body is functioning properly.

Paul said the family have been “overwhelmed” by the support locally and the “substantial” amount of money raised at the fundraiser in February this year.
He said the fund is for Colm's recovery and rehabilitation “it is his fund only, we don't even know how much was raised.” A Committee was set up to look after the fund.

Parents Paul and Mary spend every weekend in St Vincent's Hospital and they control the amount of people who visit. Colm is in isolation in ICU.
The family were delighted with the turn out at a special healing mass in Aughnasheelin on May 1. The mass celebrated the 10th anniversary of Colm's liver transplant, prayed for the lady who gave Colm her liver and it was also a healing mass for Colm's current state.
Paul said he hopes the next update on Colm's progress is more positive “or he might give you the update himself.”

Paul, Mary Liam and Emma Costello would like to thank everybody for their kindness and support during Colm's illness since August last.
“We are extremely thankful to the committee that organised the benefit night on February 4, those who donated items for auction, those who helped out in any way and to the huge crowd who attended and gave their support on the night.
“To the Connemara Pony Breeders Society members who attended a big Thank you. Colm is a very proud member of this society and would be very moved by their support and kindness. To the Aughawillan Drama Troupe who donated a night to the fund we offer our thanks.
“To everyone who attended Colm's very special healing mass in Aughnasheelin on May 1, to Fr Sean Mawn and Fr Johnny Cusack whom have been a great support to our family over the last nine months, to the beautiful choir on the night, to the hall committee who provided refreshments to all we offer our heartfelt gratitude .
“We thank everyone for praying so hard for Colm's recovery, those who send enrolments and mass bouquets. To the fantastic team of doctors and nurses in St Vincent's ICU Elm Park who have taken great care of Colm over the last nine months words can not express how thankful we are for your professional care, kindness and support.
“Please continue to keep our beloved Colm in your thoughts and prayers.”
- From the Costello & Dolan families