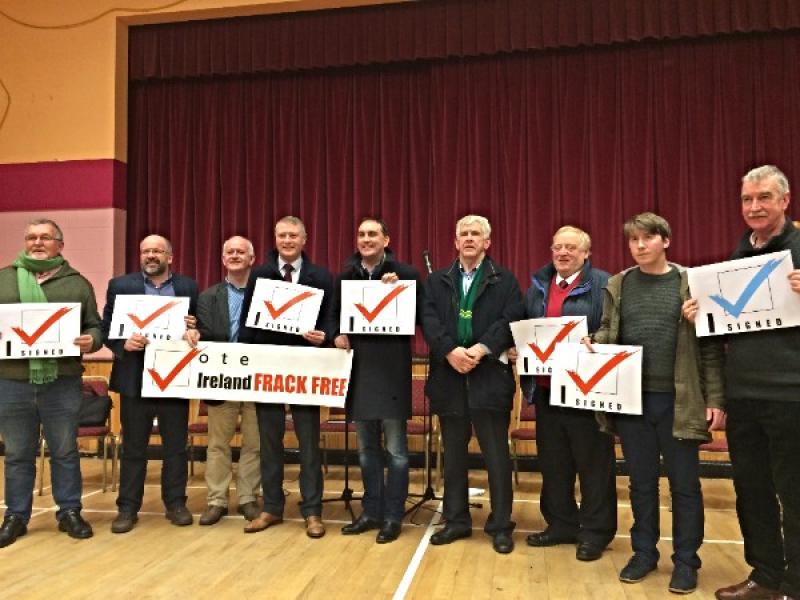 After six years of lobbying, presentations, demonstrating, petitions and publicity events, campaigners against fracking in Ireland last Wednesday had succeeded in getting a private members Bill put through to the final stage of process in the Dáil to get a Ban on Fracking on Irish soil.

But what was initially a confident crowd in the Dáil visitors chamber turned into a confused, disheartened group as Richard Boyd Barrett, a vociferous opponent of fracking, agreed the adjournment of the debate on the Anti-fracking Bill.

“This was to be the day that Ireland would be seen globally as a voice against the continuation of destruction of the environment and climate by the fossil fuel industry,” said Aedín McLoughlin from GEAI.  “It also was to be a demonstration of the strong democracy we have in this country and the strength of the people’s voice, especially when backed by reason and facts.”

“We were told that there would be no opposition and that the Bill would be passed on Wednesday,” she continued.  “Then, as the debate progressed, it became clear that some deputies felt that the issue of off-shore extraction of oil and gas also had to be discussed, although off-shore is much more complex and cannot be dealt with simply, and the Anti-fracking Bill only deals with on-shore extraction.  Amendments to the Bill were on the table and the deputies involved, all speaking against fracking, insisted on their right to propose these.  Unfortunately, this meant that the Dáil session ran out of time and had to be adjourned.  So our expectations were dashed.”

The deputies proposing amendments however, have stated that even if the amendments are defeated in a future session, they will not be opposing the Bill. “As far as I’m aware, there is no opposition to the Bill,” said Mick Wallace T.D.

The debate is now rescheduled for 10am next Wednesday, May 31 for two hours and according to Dáil members, the Bill will almost certainly be passed then.  But we cannot be completely confident – nail-biting time for all who have given their lives for so long to the campaign against fracking.