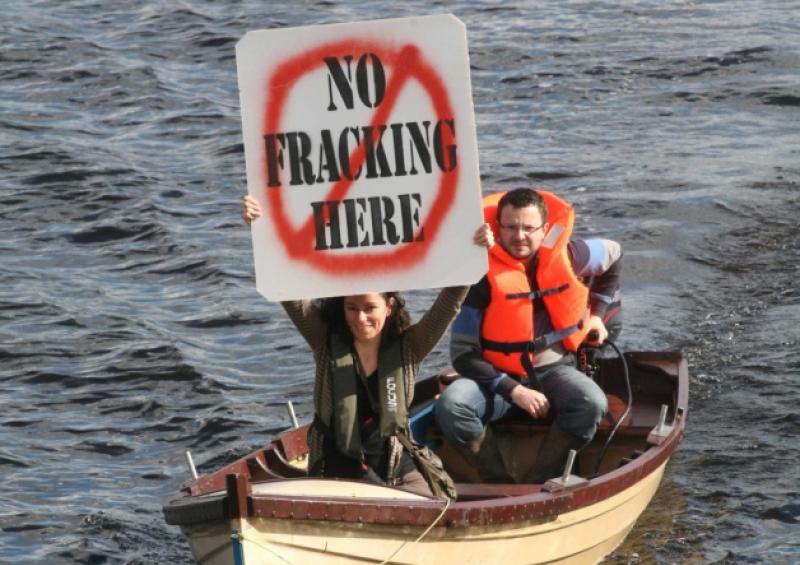 People across Leitrim have been very vocal in their opposition to hydraulic fracturing.

In breaking news the Dáil has voted to support Sligo/Leitrim TD, Tony McLoughlin's bill to ban the process of hydraulic fracturing (fracking) in Ireland.

After six years of lobbying, presentation, demonstrations, petitions and publicity events, campaigners against fracking have succeeded in getting a private members Bill through the final stage of process in the Dáil.

This morning, after just over an hour of debate, the Petroleum and other Minerals Development (prohibition of Onshore Hydraulic Fracturing ) Bill 2016 was passed.

There were rounds of applause in the Dáil chamber and sighs of relief around Leitrim as the anti-fracking bill was passed and sent to the Seanad.

A good day for people power, five years of campaigning has resulted in the Fracking Ban Bill being passed by the Dáil. #NoFracking anywhere.

A great day for democracy. Congratulations to you all.This is your day @love_leitrim @GEAIreland @TonyMcLTD #fracking #leitrim #peoplepower

Good news in the Dáil today at the Fracking Bill is past..... At long last