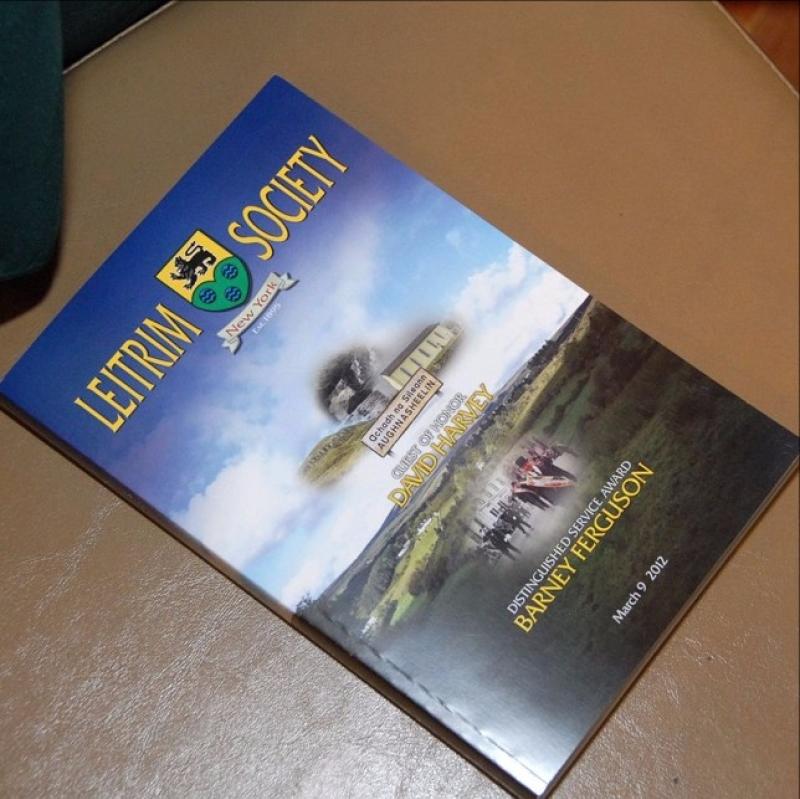 As the venerable County Leitrim Society of New York recently celebrated their 122nd anniversary, Retired Chief Denis Patrick McGowan was reminded of the little-known story behind the author of the song, "Lovely Leitrim."

Patrolman Philip Fitzpatrick, Shield No. 15348 was born in Aughavas, Co. Leitrim in 1895, and emigrated to America in the early 1920s, settling like so many Irishmen and Irishwomen in New York City. He joined New York's Finest in 1926, and became a Patrolman, assigned to Mounted Squad 1 in Manhattan.

Patrolman Fitzpatrick wrote the song, "Lovely Leitrim," in loving tribute to his beloved home county, still popular here and back in his native home.

While off duty on Tuesday, May 20, 1947, with his good friend, Patrolman George H. Dammeyer, Shield No. 3823, Patrolman Fitzpatrick was having lunch at a tavern located at 1703 Third Avenue and East 96th Street on the Upper East Side. Two career criminals, armed with pistols, entered the tavern shortly after the officers had sat down for lunch. These criminals had just robbed another location nearby and had pistol whipped their victims. The criminals then announced that they wanted everyone's money and valuables, pointing their pistols at the customers and staff. At great risk to themselves, Patrolman Fitzpatrick and Patrolman Dammeyer attempted to arrest the criminals, and Patrolman Fitzpatrick was shot twice in the stomach and grievously wounded while grappling with one of the perpetrators. Both of the criminals were shot and killed by Patrolman Dammeyer.

Patrolman Fitzpatrick succumbed to his wounds, and died in Beth Israel Hospital on May 26, 1947, leaving his grieving widow Mary and five sons to mourn his passing. He was given an Inspector's funeral and was awarded the prestigious NYPD Medal of Honor posthumously in a ceremony at City Hall held on May 25, 1948. Commissioner Arthur William Wallander and Mayor William O'Dyer (himself a former NYPD police officer) presented his widow Mary with the medal, and the deep gratitude of the citizens of New York for his making the ultimate and heroic sacrifice. Patrolman Dammeyer was presented with the Combat Cross medal for his heroism.

Many people did not know that Patrolman Fitzpatrick was also a poet, and had written an eerily prophetic poem about a policeman's life, referring to his fellow officers as "soldiers of peace," and included the sad lines, "when he kisses his wife and children goodbye, there's the chance he will see them no more."

Brave Philip never did get to return to Ireland, but he will never be forgotten by his fellow officers, his Brother and Sister Hibernians and the sons and daughters of Leitrim. May Almighty God grant rest to his good soul. A devout Catholic, he was also a member of the NYPD Holy Name Society and the Ancient Order of Hibernians.

Patrolman Fitzpatrick is remembered by the NYPD in a memorial on the walls of their headquarters at One Police Plaza, but shall always be remembered for the great song about Leitrim he authored: