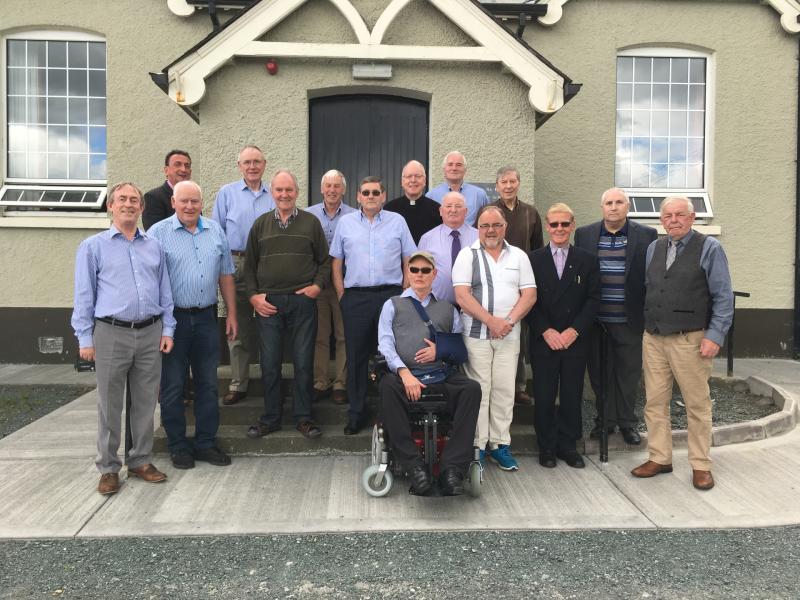 The lads who took their Leaving Cert in Moyne Latin School in 1967 met at their old Alma Mater on Friday evening last.

Sixteen of the seventeen who sat the exam were there plus their one teacher surviving teacher, Seán Reilly. Seán actually started teaching the same day as the lads became pupils and cycled the same road from Arva with them, until he acquired a car.

While all seventeen who finished in 1967 are still alive, the lads were saddened to hear that at least six of those who were with them in first year in 1962, have passed on, including two who died this year.

By sad coincidence the one other teacher who was still alive, Hugh McDonnell from Roscrea, Co Tipperary, died on the previous Sunday.