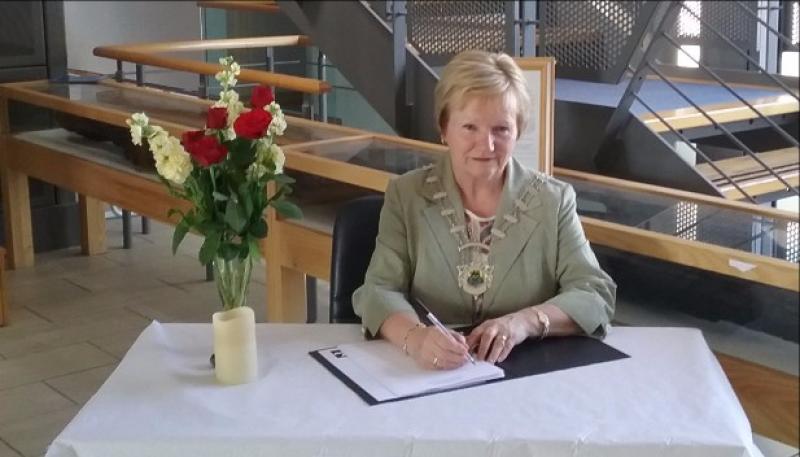 Out going cathaoirleach Mary Bohan joined a bus full of Pro-life supporters in Dublin for a Save the 8th Rally last Saturday, July 8.

The march was organised by prominent anti-abortion groups including the Life Institute, Youth Defence, and the Northern Ireland group Precious Life.
Gardaí estimated between 10,000 and 20,000 were at the march which ran from O’Connell Street up to Merrion Square.
Opposing groups in favour of repealing the Eighth Amendment organised a counter-demonstration at the Spire on O’Connell Street. 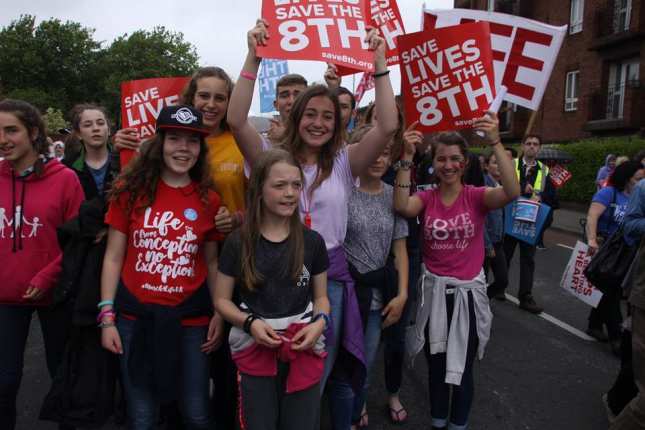 A bus full of Pro- Life supporters from Leitrim joined the rally.
Fianna Fáil Councillor Mary Bohan has been a life time supporter of the unborn. She was responsible with the help of John Paul Phelan from Cavan in getting the free vote on this issue for Fianna Fáil TD’s in the Dáil, she was also the only Cathaoirleach of Leitrim County Council to ever use the casting vote, again she did this for the protection of the unborn.
Pro-life activists have described the massive Save the 8th Rally for Life which took place in Dublin as ‘the real Citizens Assembly’ and vowed that the thousands who marched would work ‘night and day’ to ensure the 8th amendment would be saved.

Niamh Uí Bhriain of the Life Institute said that the Rally was a catalyst for a whole series of Save the 8th events planned for the summer and that the campaign was confident that the abortion referendum would fail. The rally was held in response to Taoiseach Leo Varadkar’s decision to hold an abortion referendum next year.