350 motorbikes to visit Leitrim as part of Goldwing Owners Club 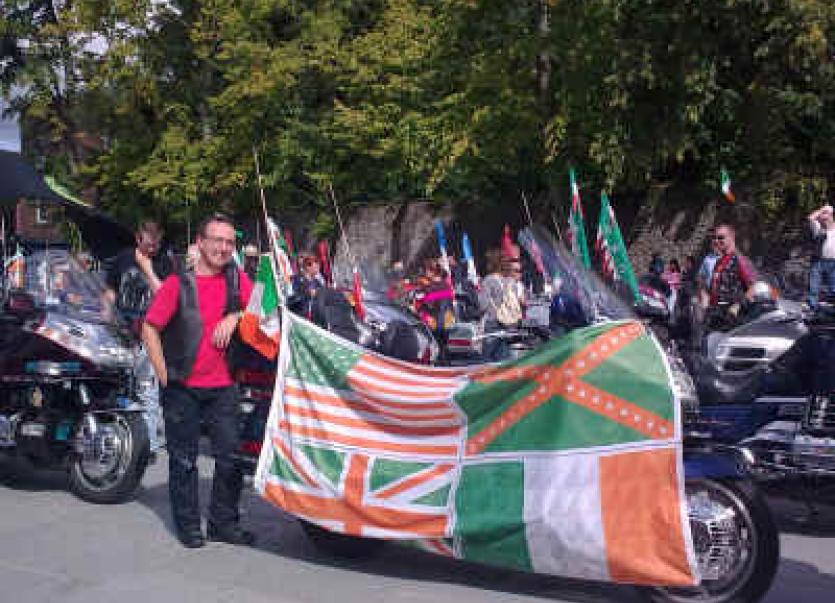 Over 350 motorbikes from Ireland and across Europe will tour Leitrim from August 17-19.

The group will be based at Lough Allen Hotel, Drumshanbo but the overflow will benefit B&Bs and accommodation providers around the area.

Co-ordinator of the event Dermott Smith said "we have filled Lough Allen Hotel." He explained the group visited the area in 2013 and it was such a success they are back again.

The group will hold a parade of light on Friday August 18, where the bikes will be "lit up like Christmas trees" and will parade from Drumshanbo through Leitrim Village to the Moon River Car Park, Carrick-on-Shannon.

On Saturday, August 19 the bikers will hold a "Nations Parade" and will display their flags and colours in a parade through Carrick-on-Shannon at 2.30pm.

Over the course of the weekend the bikers who come from over 23 EU countries will tour the county and the local region. The first tour will take in Lough gill, Glencar Waterfall, Mullaghmore in Sligo, Bundoran in Donegal and Kinlough.

The second organised tour which could hold up to 150 bikes will venture out to Dowra and Glangevlin, Ballinamore and around Carrick-on-Shannon. Smaller groups will take part in other activities.

Mr Smith said the 3 day event is a "good money spinner for the area." The club will have a Gala dinner and awards night in the Lough Allen Hotel on Saturday, August 19. Dermott said they try to source all their t-shirts, trophies and items locally over the weekend.

He said they have returned to Leitrim and especially to Drumshanbo because it offers so much. The group were delighted with their last visit where they were well looked after and welcomed locally. He said the north West of Ireland is a fantastic touring area for bikers.

The group have worked with Gardai, Leitrim County Council and Carrick-on-Shannon Chamber of Commerce to allow the event run smoothly.

The group raise money each year for a chosen charity, this year the charity is the Kevin Bell Repatriation Trust, which provides financial hardship of bereaved families repatriating the body (bodies) of loved one(s) who have died abroad in sudden or tragic circumstances back to Ireland.

GWOCI is a member Club of the GoldWing European Federation (GWEF).