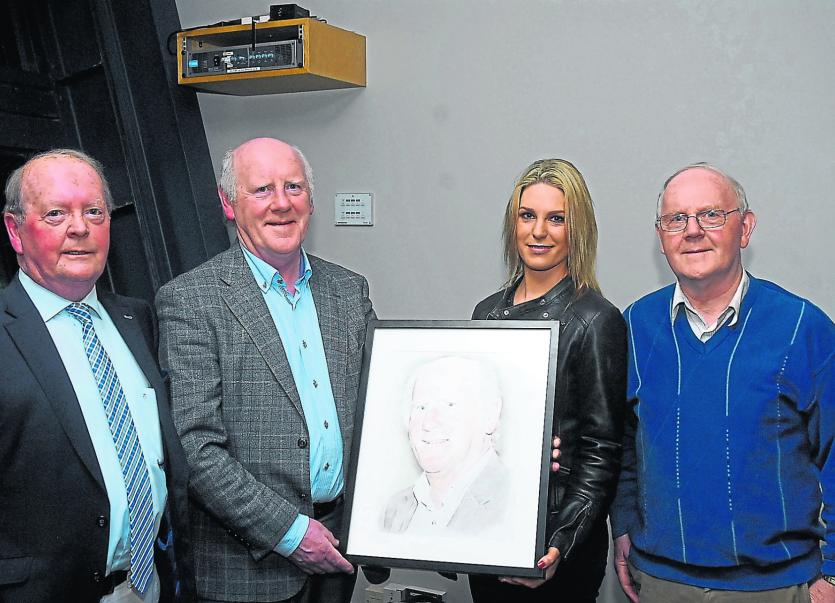 The Leitrim Supporters Club made a presentation to the Leitrim Observer's own Willie Donnellan. Willie is pictured withdaughter, Rachel, and brothers Barry and Charlie.

Manorhamilton made the headlines in January when news broke that the majority of motorists detected speeding avoided a court appearance.
Nationally, nearly half of speeding motorists avoided a court appearance in the previous year because of issues with the service of summonses. The problem was worst in the Manorhamilton area where 84 out of 99 summonses issued between January 2015 and October 2016 for speeding were not served.
Courts Service data shows that of 66,800 speeding cases listed nationally in the courts between January 2015 and October 2016, 30,600 were struck out because summonses were not served on the defendants. 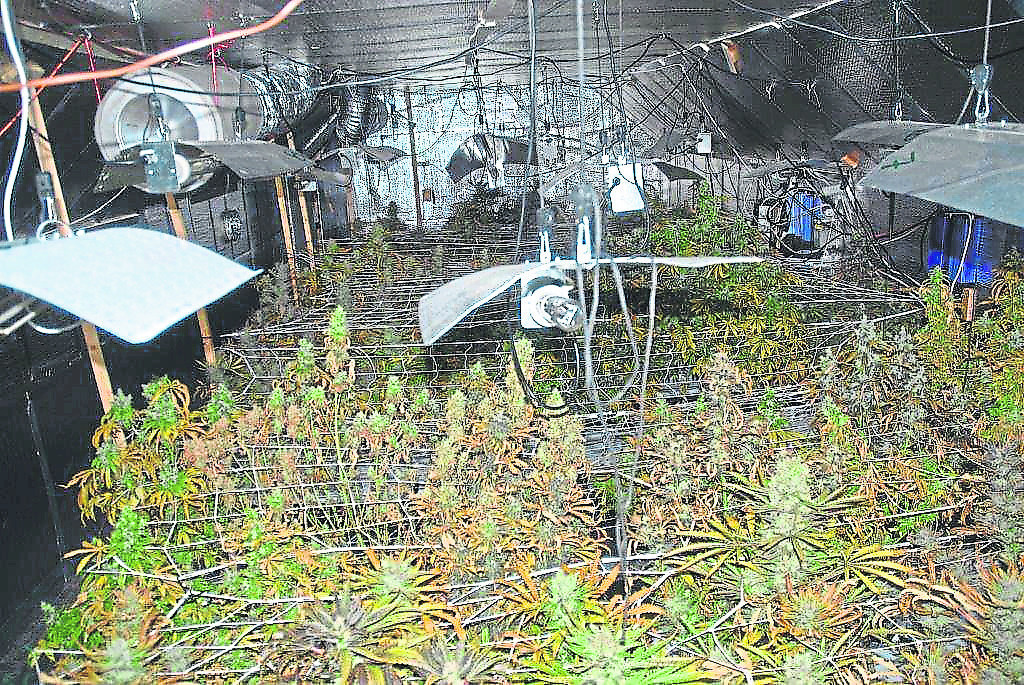 Pictured are some of the plants seized from one of the two successful growhouse raids in south Leitrim in January 2017.

House prices were once more in the news in January as it emerged that prices had risen by 13% in the final three months of 2016 compared to the same time a year earlier.

There was a tragic start to the year for the communities of Arigna and Drumshanbo that were left in mourning over the shock death of a young father of two in Thailand. Declan Foy, Derrinavoggy, Arigna, passed away suddenly on Christmas Eve while on holiday in Thailand.

Former Roscommon/South Leitrim TD and current Minister for Communications, Climate Action and Environment, Denis Naughten suffered minor injuries after being involved in a road accident in Co Roscommon. According to reports, he was cycling with his wife along a road near Roscommon town on Monday, January 2 when he was struck by a car. 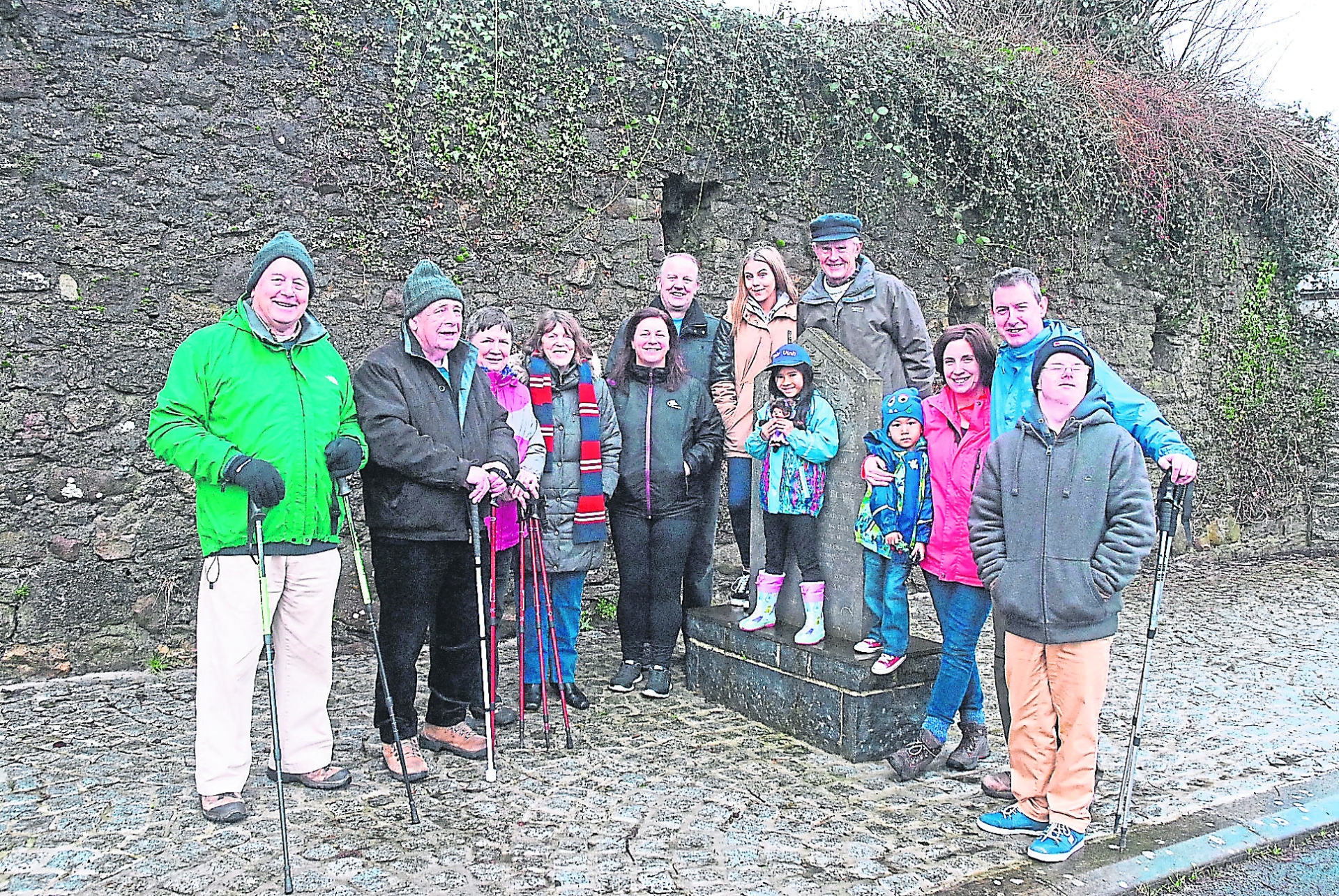 Irish Water issued an apology to customers connected to a 'troublesome' water line in Mohill after it burst twice in just 48 hours over the weekend. The Ussaun-Kildoo water line experienced 27 bursts in the 30 months prior to January, according to figures provided to the Leitrim Observer by Irish Water.

January was also a significant month in the battle to ban fracking. Controversial Fracking company Tamboran left their base in Belcoo, Co Fermanagh, which was the site of 24/7 protests in 2014. On January 12 reports emerged of workers removing fencing at the quarry in Belcoo. Acheson & Glover the quarry owners confirmed that the fracking company, who had planned to drill a borehole at the site, has left Belcoo.

A lack of investment in the provision of Home Help services was highlighted as the new year got underway. At a meeting of Leitrim County Council Cllr Enda Stenson sought clarity from the HSE and the Minister for Health on what Home Help supports were actually available to elderly in Co Leitrim. Cllr Stenson highlighted the case of a 90-year-old woman who had applied for Home Help support to enable her to remain in her own home. This lady was offered an hour a day in help but this, it was stressed, would be at the expense of another person who also needed assistance. 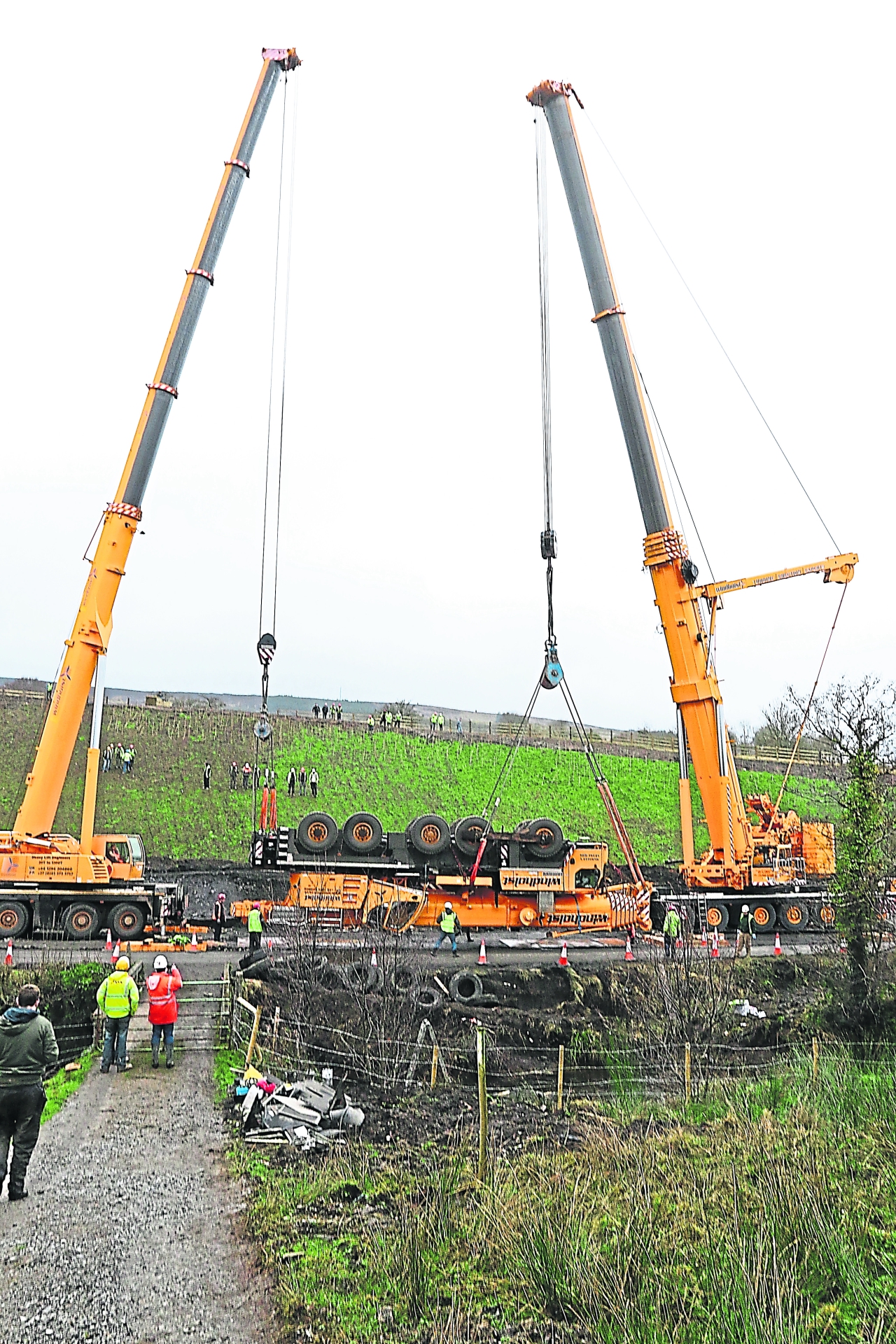 Two cranes were needed to recover the original crane which overturned on the N16 in January. Photo by Ben McHugh

A planned six hour road closure to remove an overturned crane from a river in Glenfarne created confusion for motorists travelling on the N16. It had been expected the N16 would be closed from 9.30am to 3.30pm on Friday, January 20 to facilitate the removal of the heavy-duty crane which ended upside down in a river following an accident. However, the operation took longer than expected and extended into Saturday.