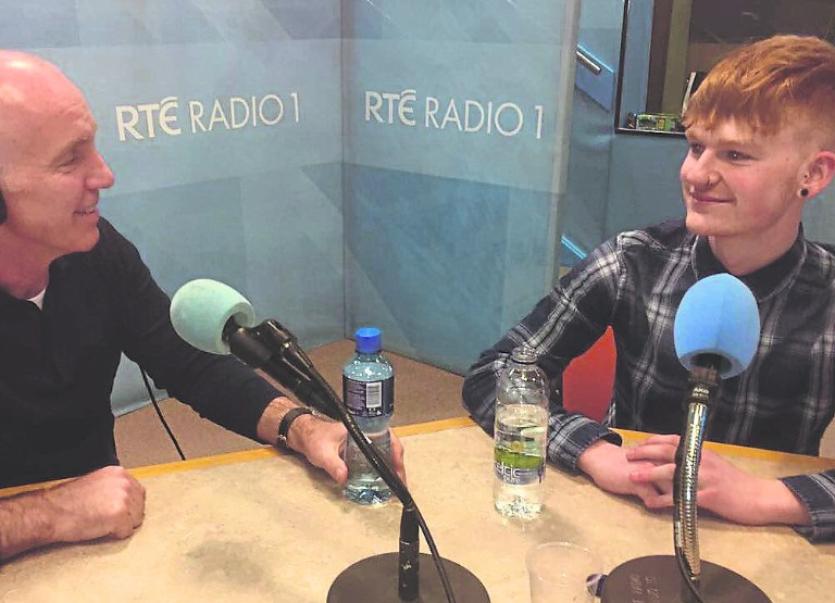 Jack Collum was interviewed by Ray D'Arcy for his show on Radio 1 last week.

A 17-year-old Drumsna Leaving Cert student is preparing to officially launch his first, self-published, book of poetry. 'Perspective: A First Collection of Poetry' by Jack Collum will be launch today, Friday in The Dock, Carrick-on-Shannon at 5pm.

As well as studying for his Leaving Certificate exams in a few weeks, Jack, who attends Carrick-on-Shannon Community School, has also written and published his first collection of poems.

'Perspective: A First Collection of Poetry', is a deeply personal work which charts the struggles Jack has experienced in his own life, touching on issues such as mental health and his own personal experiences to his feelings on contemporary issues impacting our modern world.

The collection comprises 37 poems and marks a major milestone for the talented writer.

Jack explains that, although he had never written poetry before his illness, he found the process of putting pen to paper “extremely therapeutic”.

“The poems start off quite dark and get lighter as the collection goes on,” he points out, adding the poems reflect his own journey through illness.

“This is something I never thought of doing until I got sick. Now I want to continue writing and I definitely want to publish more in the future,” he adds.

“I didn't start this thinking I would publish a book. I was getting my work featured in a few publications, a few journals but it is difficult to get your work published, especially if you are young. I just thought I should publish my own works and put by work out there myself.”

He has already been featured on the Ray D'Arcy Radio Show on Radio 1 where Jack also spoke of his health struggles.

Jack's first collection has already garnered praise for the way it deals with the difficult and hugely personal experience of mental health.