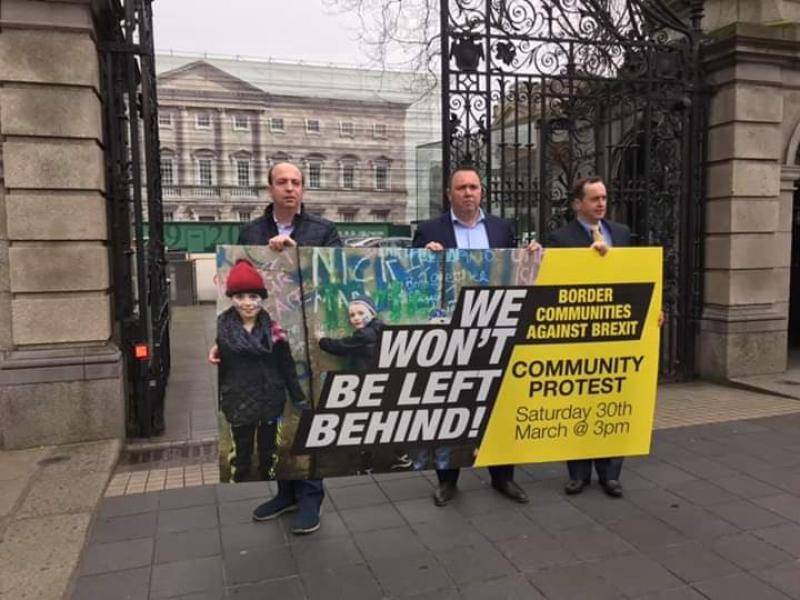 While politicians and journalists speculate about an extension of the withdrawal date until May 22nd, the deep concerns and potential impact of Brexit on Irish border communities are being ignored say members of Border Communities Against Brexit (BCAB).

BCAB elieve the British Government is likely to crash out of the EU on March 29 despite talks of an extension to Article 50 and note that "this is despite the democratically expressed wishes of a majority in the North of Ireland to remain within the EU".

"Brexit threatens to re-impose a hard border in Ireland. This would be devastating to the economy, industry and jobs, to farming, to the free movement of people crossing the border every day to work, study or trade. It threatens hard won access to human rights protection and completely undermines the Good Friday Agreement," said the group.

Border Communities Against Brexit (BCAB) say they remain "focused on ensuring that Irish voices from the border area continue to be heard across the world at this the critical time".

They are organising a people's demonstration against Brexit and a hard border, at various points along the border, for Saturday, March 30 at 3pm - the day following the original British EU withdrawal date.

The meeting points for the nearest protest for Co Leitrim is in the border towns of Blacklion, Co Cavan and Belcoo, Co Fermanagh.

"We are calling on all trade unions, representative groups, civic leaders and citizens to join with us in demonstrating our anger at being taken out of the EU and our opposition to any return to a hard border in Ireland," said BCAB this week.

"We will be sending to a very clear message that the people of the border region and, indeed, the people of Ireland will not acquiesce in any construction of new border installations, Customs posts or on any restriction of movement in their own country. We will not tolerate any new hard border in Ireland. It is time to make your voice heard. It is time for action. It is time to protest. Join with us on the border on 30th March."