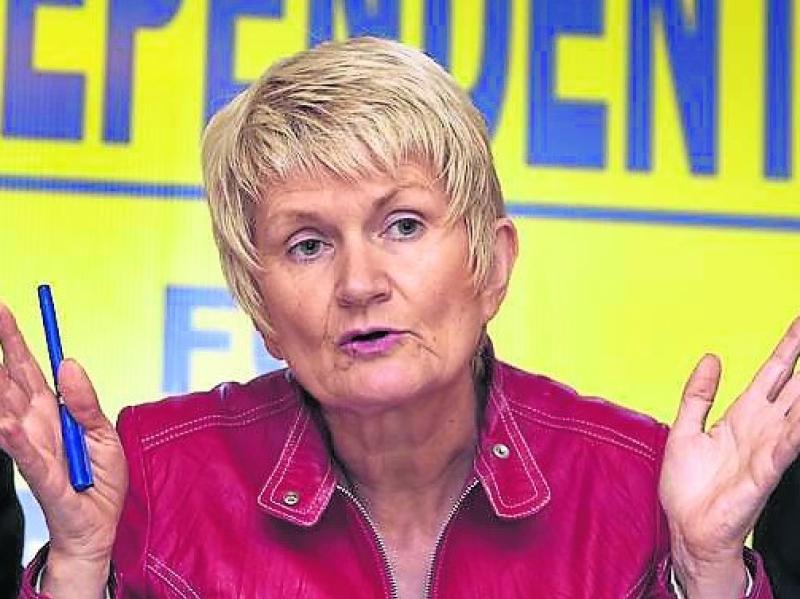 Fine Gael Senator Frank Feighan has paid tribute to Marian Harkin, MEP, who has decided not to contest the upcoming European Parliament Elections.

Senator Feighan said: “As both an MEP and TD, Marian always cared passionately about the West of Ireland. She is a politician for whom I have always had huge admiration and respect.

“I served as a Senator from 2002-2004 when Marian was first elected to Europe. I always found her extremely helpful, very diligent and always gave great advice.

“As a politician, Marian was always on top of local, national and international issues and I want to wish her very well into the future.”

Matt Carthy MEP echoed those sentiments saying: "I want to send my sincere best wishes to Marian Harkin for the future and to thank her for her goodwill and cooperation as a colleague in the European Parliament and as fellow MEP for the Midlands North West constituency.

"While we did not always agree on the role of the EU or on the solutions to the many issues facing people in our constituency, we did work well together on issues of common concern.

"Whether in politics or the voluntary sector Marian has always made a positive contribution and I’m sure she will continue to do so in the future. I wish her all the best."

There have been glowing tributes paid to the popular MEP following her announcement yesterday not to seek re-election.

Marian Harkin. An amazing teacher many moons ago and the hardest working most conscientious MEP. Thank you for all your hard work Marian. Enjoy time to yourself... and your family. https://t.co/LlRKEOsMdJ

Thanks for everything Marian, I remember the day you drove to Galway to speak to @spunout.ie on your weekend home from the parliament. You'll be missed.

We were privileged to have you as our MEP Marian. It must be an emotional time for you to announce this after 15 years...your work rate and influence as an MEP has been phenomenal and unsurpassable and it's an honour to have been with you for a little part of that journey..x

It's been a pleasure working with you. You're a strong & effective voice for civil society and will be missed in the #EP

All the best in the future Marian. You were a capable and responsible servant to your constituency and your country.

Very sad to hear Marian Harkin will not be contesting the next European election, having worked for her in Brussels I know she is an extremely hard working MEP and always fought tooth and nail for Ireland, big loss

I want to extend my best wishes to @MarianHarkin for 15 yrs of dedicated hard work for the people of the North West. You have served with the utmost dedication &professionalism since first being elected to the European Parliament.All the best as your European term comes to an end https://t.co/UM3166XO5H

Hands down the best MEP Ireland has had. Thank you for your contribution to this region and to Ireland as a whole.