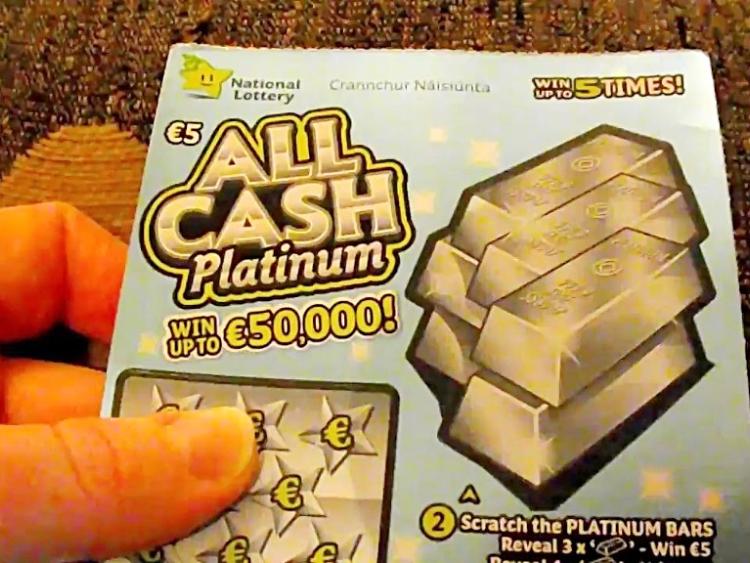 One very lucky Leitrim tradesman picked up his €75,000 cash prize today, Tuesday May 14 in the National Lottery Winners Room which he won on an All Cash Platinum scratch card.

The unnamed tradesman from County Leitrim said he got the “shock of his life” when he discovered he had won big.

He told National Lottery HQ: “I got a coffee as I was on the road that day and decided to buy a scratch card. I went a few miles down the road and I pulled in to finish the coffee and scratch the card. In the first panel I saw it and shouted ‘Jesus, I’ve won €10,000’. I called my girlfriend and mam and spread the good news and could hardly believe it.

“I was so caught up in the moment I never finished the scratch card. I scratched it later when I finished work and nearly hit the roof when I realised it was the €75,000. I called my mam and girlfriend again. This time they didn’t believe me so I had to go around to their houses just to show them the All Cash scratch card so they’d know I wasn’t joking.”

He bought his scratch card in the Sligo Motor Co. Ltd in Ballinode, Co Sligo.

Tomorrow night’s Lotto jackpot is an estimated €6 million ... it could be you!