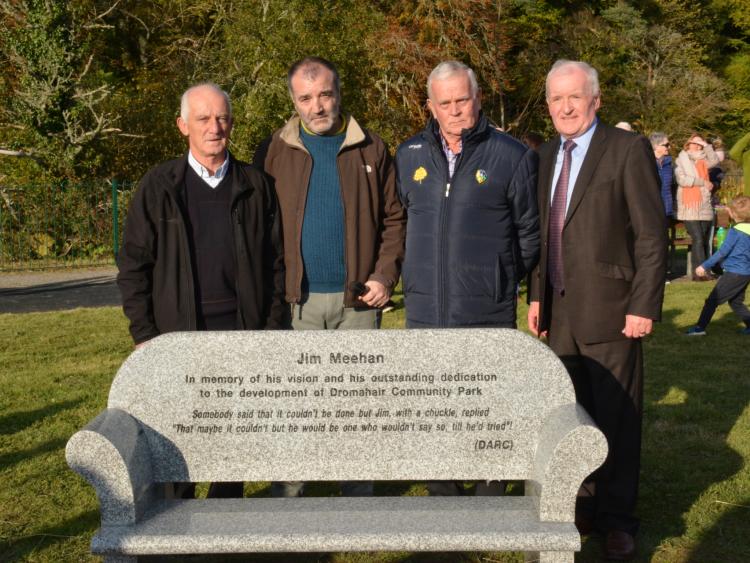 While it was a day of great celebration in Dromahair last Monday, it was also a day of sadness as one of those to the forefront in ensuring the development of the new facilities came to completion was remembered with a seat in his honour.

Gerry Ballantine recalled the first Dromahair Arts and Recreation Centre (DARC) meeting when Jim Meehan came up to him afterwards saying: “You did a lot of talking, what are you going to do to help?” 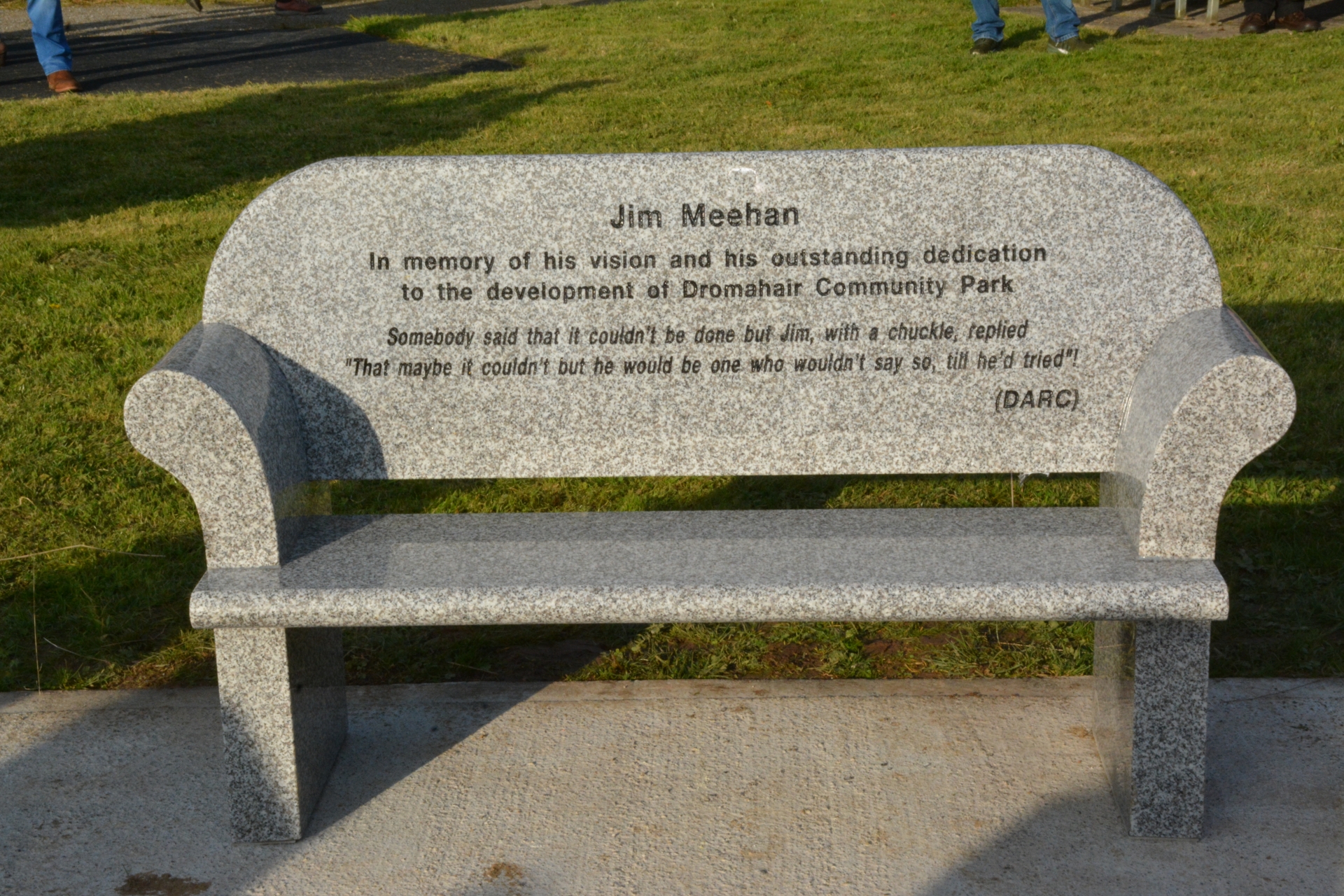 Gerry described Jim as the project's treasurer, foreman and enforcer when needed, saying: “He was so many things to us.”

Unveiling the seat he said: “This is our commemoration that will be a permanent reminder to the work carried out and an incentive to carry on.”

Gerry added: “Jim was tough, he was straight, he was brilliant.”

Deputy Tony McLoughlin also paid tribute to Jim who he used to work with in Snia.

Addressing the large crowd he said: “There are a lot of people to thank but I would like to acknowledge Jim Meehan.

“He was Mr GAA and Mr community. I knew his track record and his commitment.

“He was on the phone regularly seeing how things were progressing. It was vitally important I had something to tell him. I'm sure I don't have to tell you he didn't take no for an answer.”

A lovely afternoon on Sunday at the official opening of #Dromahair's new sports & recreation facilities and the unveiling of the seat in memory of Jim Meehan, Treasurer of the Dromahair Arts and Recreation Centre Association (DARC) #Leitrim @DromahairGAA pic.twitter.com/3oVltjVTYs