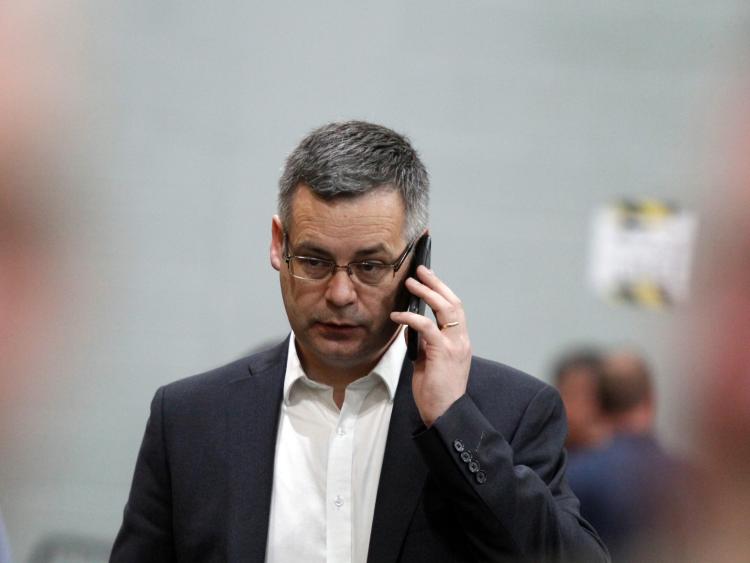 Politicians may never admit it, but getting praise from Irish Times columnist Miriam Lord is a very nice Christmas bonus and this year Ms. Lord, in her eagerly awaited final pre-Christmas column of the year, is loving Donegal politician Pearse Doherty's performances, so much so she's named him 'Politician of the Year'.

Lord's column, published on Christmas Eve, was a very nice additional present for Pearse, or as she names him "Dogged Doherty" (bet that sticks).

We're not sure what Pearse will get - a giant-sized bar of fruit & nut chocolate, a medal, a great big plastic trophy, a new Donegal jersey signed by Michael Murphy - who knows, he may well be the winner of a crisply ironed copy of the IT delivered to his Gaoth Dobhair home every day for a year. Or, he may well get nothing but the nod.  But, let's be fair,  it's a very nice nod as we head towards an election.

Ignoring all the smart remarks we could make, we're fairly sure the accolade will do him no harm, and when you read why she selected him, it makes a lot of sense and has a very serious and sound logic to it. We're just sorry we didn't think of it first... we would have given him a Cannon hand-crafted hurley from Killygordon and a Cooper helmet to keep him safe when more of that "senior hurling" as the late Séamus Brennan put it so brilliantly, begins (probably next March) on the doorsteps of Donegal.

This is what Miriam had to say about Pearse by way of explaining her choice:

"So our Politician of the Year is Sinn Féin’s deputy leader in the Dáil, Pearse Doherty.

"The Donegal TD would also be a contender for Shoutiest Politician of the Year, but he has been a surefooted and passionate performer whose work in taking on the insurance industry and keeping a spotlight on its practices has been a rare highlight.

"One video of Pearse in action at a committee filleting representatives of the sector for allegedly overstating fraudulent claims amassed more than half a million views. Doherty has maintained a sharp focus on the insurance crisis and its alarming nationwide impact on small businesses and community projects. The situation is becoming a big general election issue, with dogged Doherty capturing the pre-election moral high ground for his party as he keeps up pressure on the big companies for 'price-gouging consumers with rip-off premiums'."