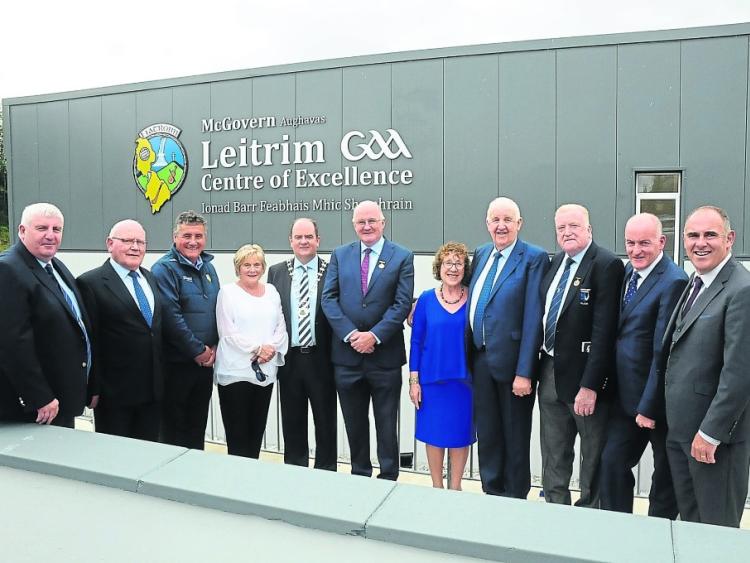 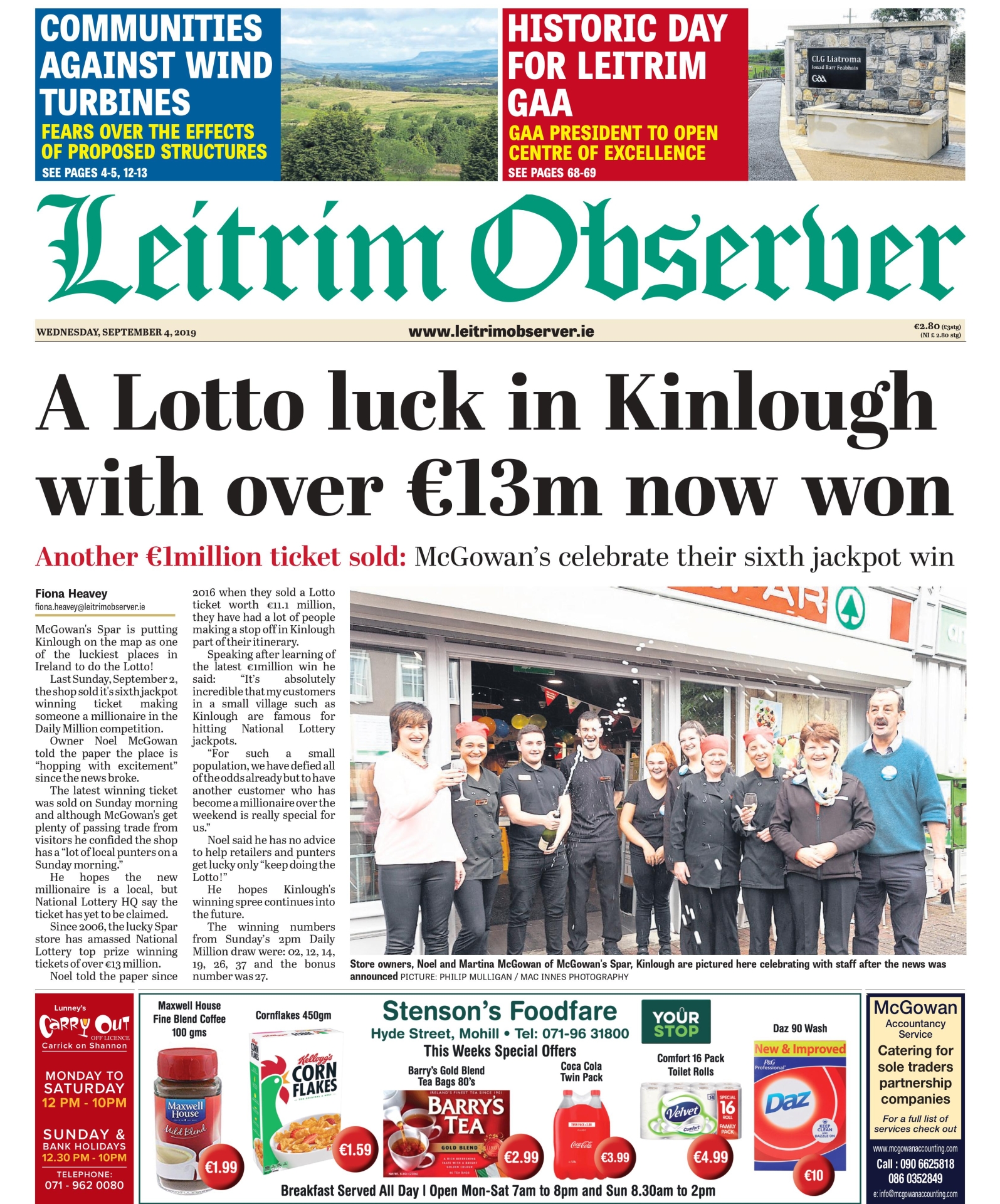 McGowan’s Spar in Kinlough made the headlines as September got underway as the shop celebrated selling its sixth jackpot winning ticket.

Shop owner, Noel McGowan, told the Leitrim Observer: “It’s absolutely incredible that my customers in a small village such as Kinlough are famous for hitting National Lottery jackpots.”

Since 2006, the lucky Spar store has amassed National Lottery top prize winning tickets of over €13 million.

September also heralded the dawn of a new era for Leitrim GAA as the county’s very own Centre of Excellence was officially opened by GAA President John Horan.

Speaking after seeing the dream become a reality, Leitrim County Board Chairman Terence Boyle said: “I know we have been using it for the last couple of years but now that we have it finally completed, it is brilliant. There has been a long saga with it and the fact that we didn’t want to be going down the road of incurring a huge debt on the clubs of the county. Luckily, we have achieved that and we have a fantastic facility finally finished.”

September also brought tragedy to the county with the news of the passing of Alan Crowe from Lear, Mohill who died after a collision between his motorcycle and a Bus Eireann school bus about 3km from Cloone. 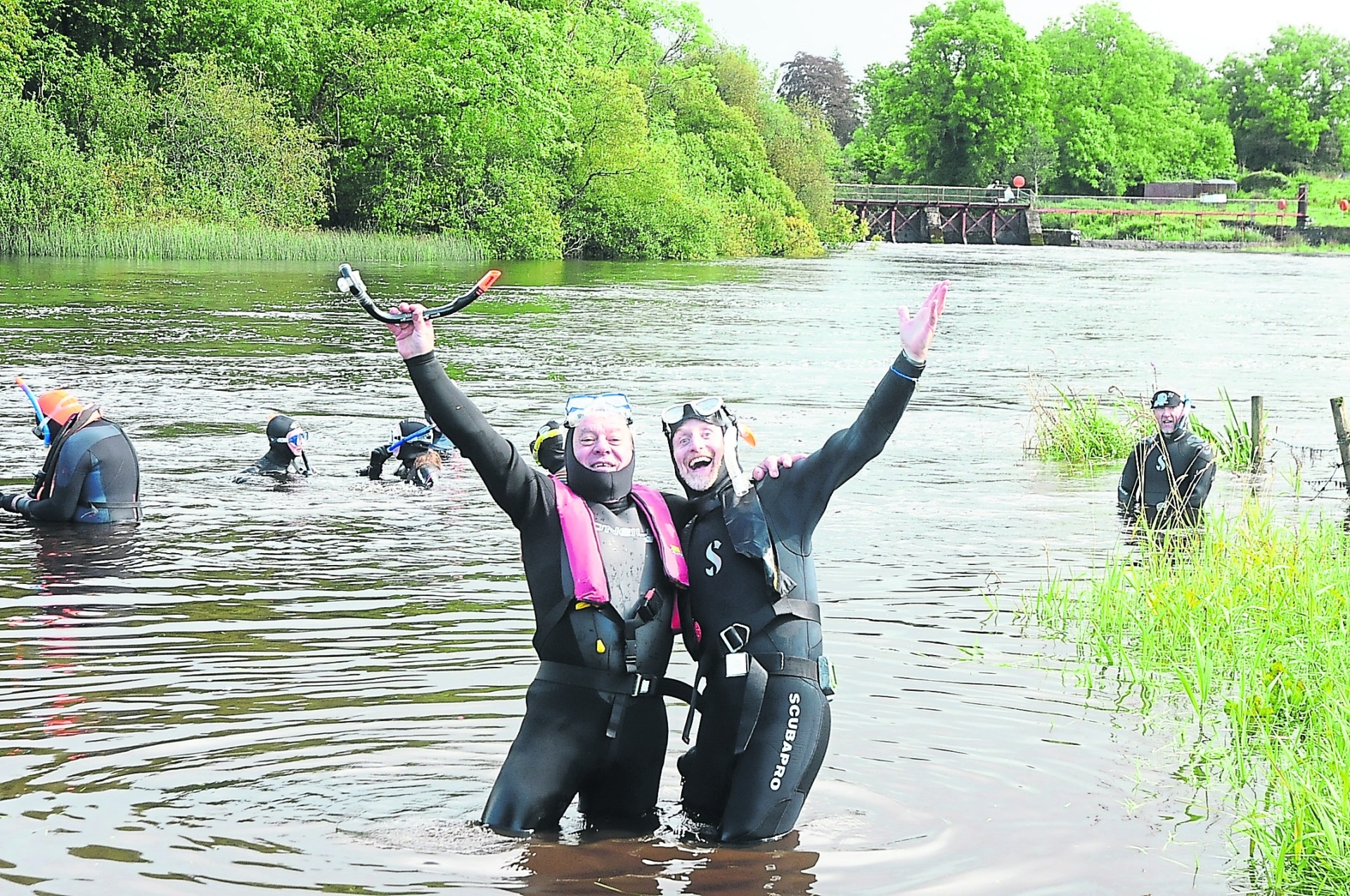 The county was cast into the international spotlight when then US Presidential hopeful, Beto O’Rourke, wrote to Leitrim County Council to say he is looking forward to visiting his ancestral county of Leitrim.

O’Rourke, whose ancestors hail from Glencar, was contacted by Leitrim County Council after a motion tabled by Cllr Felim Gurn was to extend an invitation to the Senator was passed.

In his correspondence to the Council he said: “I hope to be able to take you up on it someday and will plan to do so as soon as we can.

“Amy and I would love to come and bring our children, Ulysses, Molly and Henry O'Rourke. Please accept our gratitude and our intention to join you at some point in the future.”

There was yet another blow for Fine Gael in the constituency with a second general election candidate withdrawing their name and opting not to contest the upcoming general election.

Sligo Cllr Sinead Maguire announced her decision not to run on the party ticket, after Gerry Reynolds had already decided to resign from his Dáil candidacy in July.

At the monthly Carrick-on-Shannon Municipal District Cllr Enda Stenson requested that the roads department immediately appoint someone to identify all the junctions in the county where stop and yield signs are missing and that the missing signs be replaced. “An awful lot of them have disappeared. A lot of junctions have no signs on them out in rural Leitrim,” Cllr Stenson said. 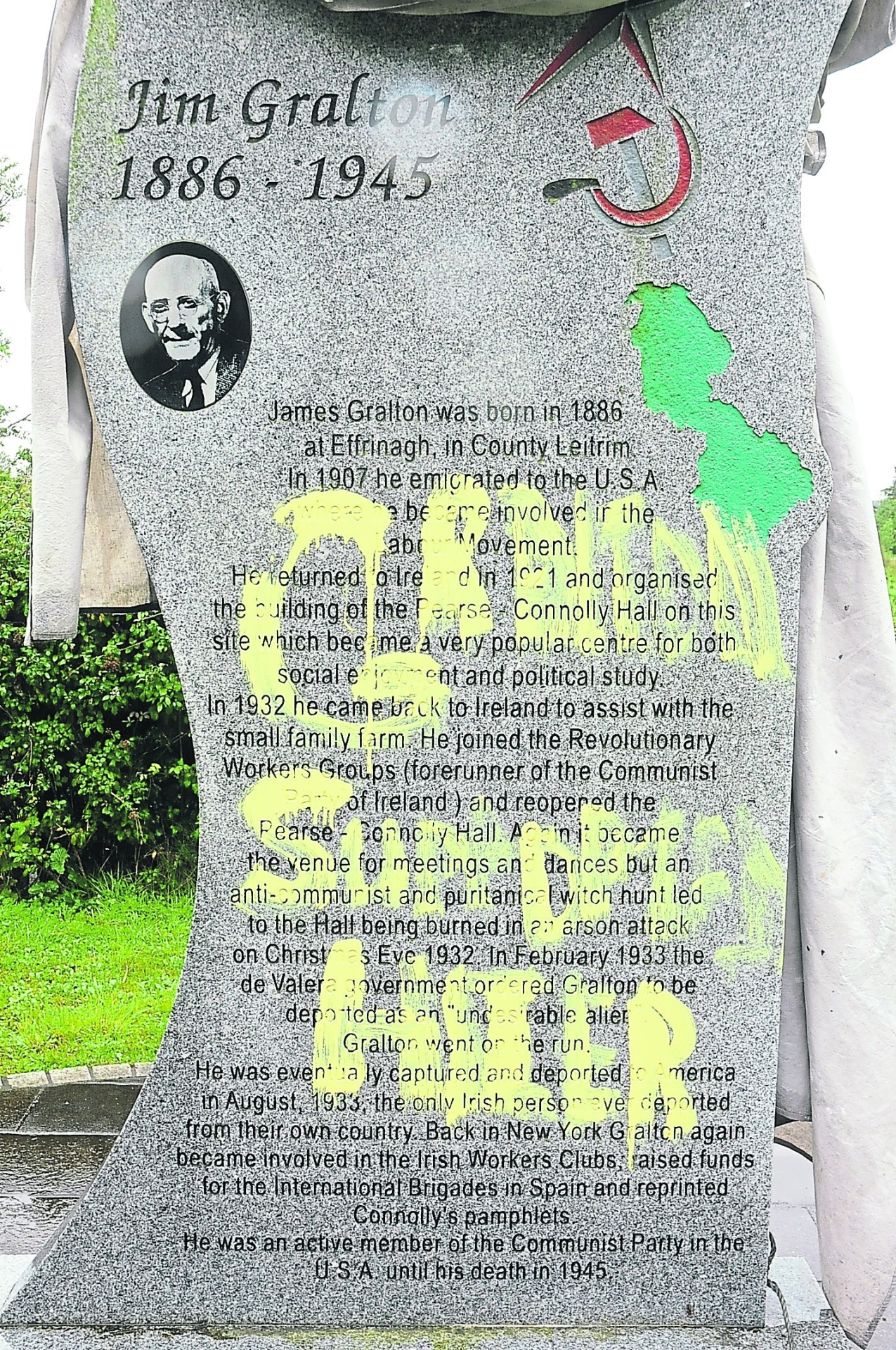 A close up of the graffiti on the Jimmy Gralton monument