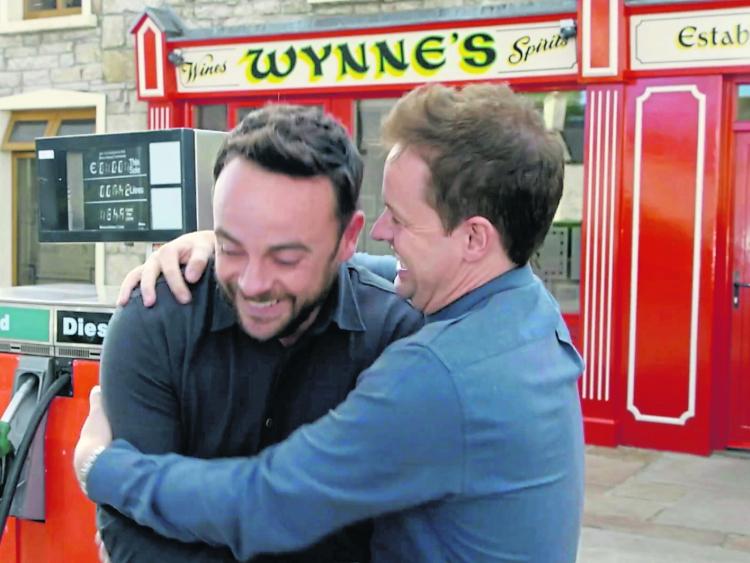 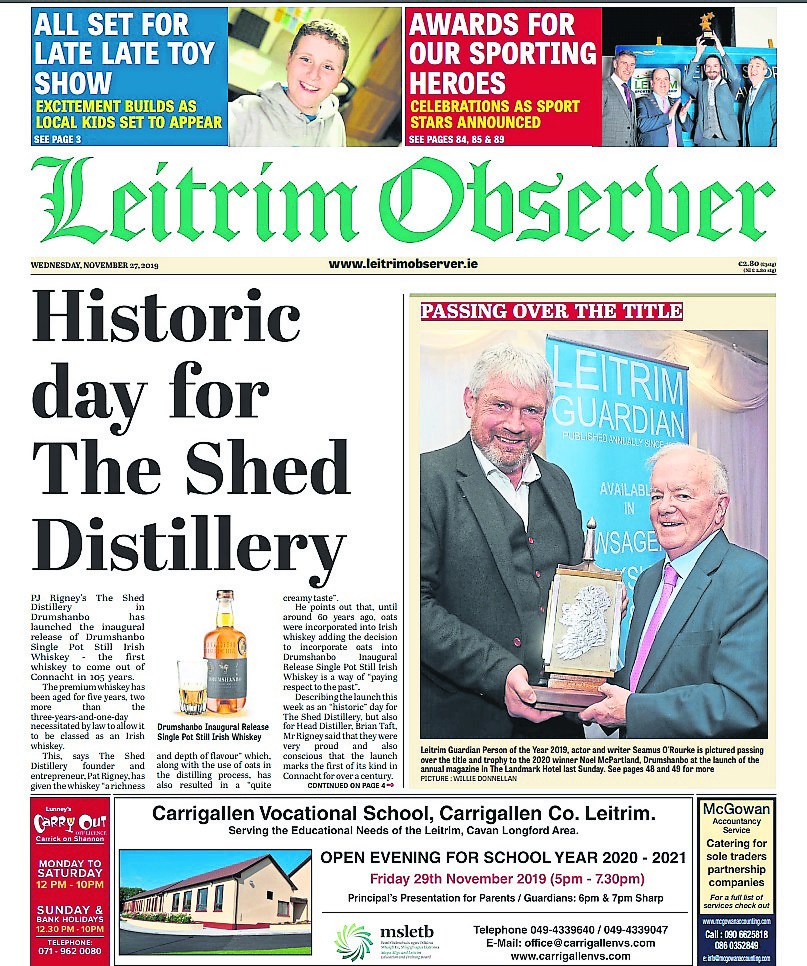 Following on from the adduction and torture of QIH Director Kevin Lunney in September, local director John McCartin revealed to the Leitrim Observer that 850 jobs at the company hang in the balance.

The five directors of QIH were issued a further death threat through The Irish News which stated it was their “last warning.” McCartin and the others met with Garda Commissioner Drew Harris to ask if he could assure their safety.

The following week after a number of raids by Gardai locally and the sudden death of chief suspect Cyril McGuinness, McCartin said the threat to the directors lives still remained. “The paymaster has not changed, their resolve is not any weaker. The threat remains as was.”

Manorhamilton and Ballinamore got the funding boost they were waiting for. Both towns are set to be transformed with €1.7m for Ballinamore and €1.6m for Manorhamilton as part of the Rural Regeneration Fund. As well as making both towns more attractive, the plans hope to increase business and jobs locally.

We were all glued to our TVs as celebrity Ant McPartlan found out he was related to half the population of Drumkeerin! Ant enjoyed a few drinks and sing-song with the locals and said he may buy some property locally. 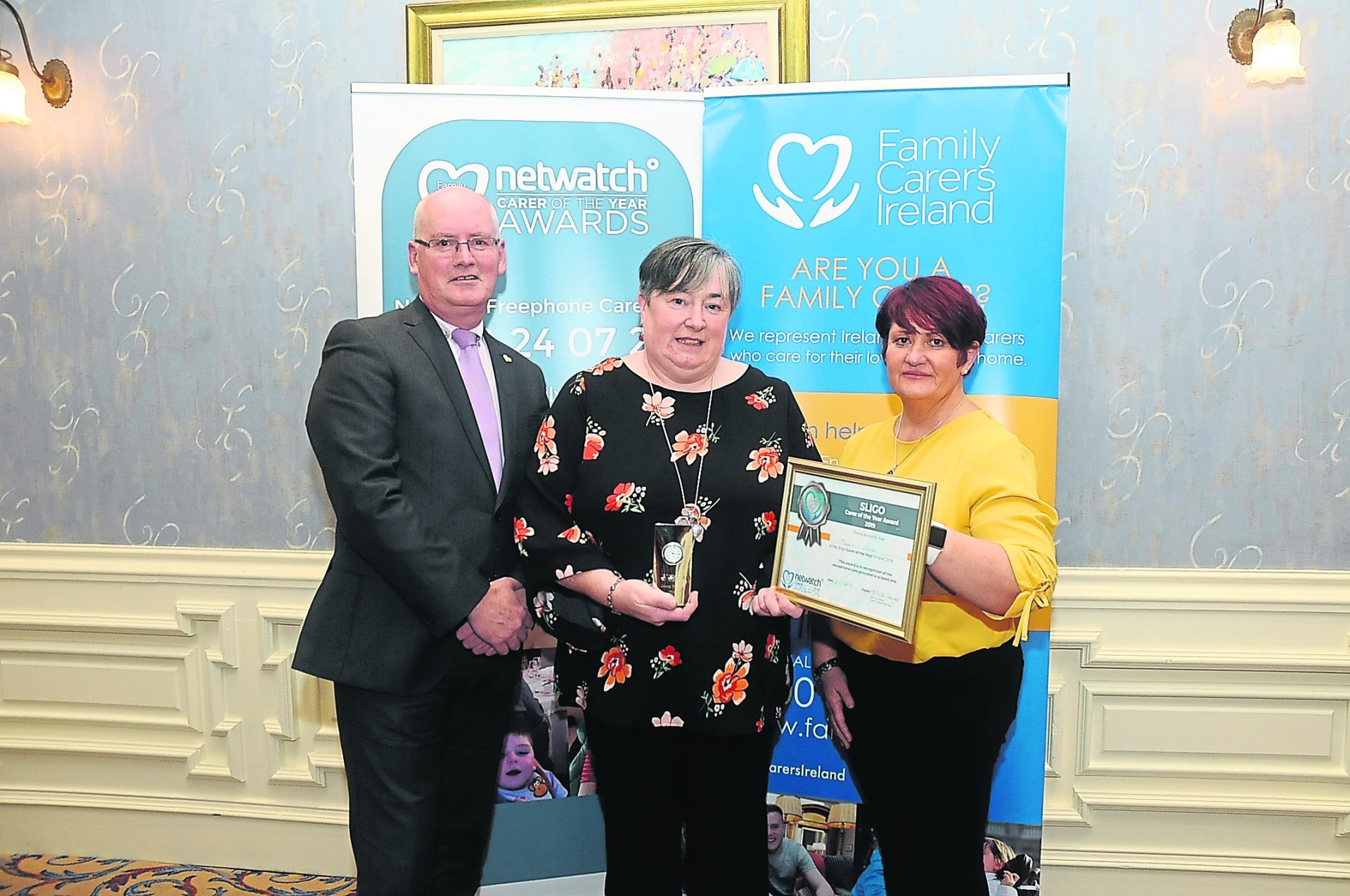 In the same month three local children appeared on the Late Late Toy Show. Tom Cullen from Kiltoghert stole the show with his nanny Pat while Dara Kilcommons from Drumsna performed along with Zara Alexander who is from Ballygawley Sligo whose mother teaches in St Clare's Comprehensive School, Manorhamilton.

A High Court injunction was granted against the protesters in Ballinamore on November 15 and the Ballinamore Community Group agreed to stand down the protest after receiving written confirmation from the Minister of State, David Stanton, that his department will "not do anything further in Ballinamore until further negotiations take place with our spokespersons.”

The Shed Distillery in Drumshanbo made history after PJ Rigney launched the inaugural release of Drumshanbo Single Pot Still Irish Whiskey - the first whiskey to come out of Connacht in 105 years.

The premium whiskey has been aged for five years, two more then the law, to allow it to be classed as an Irish whiskey. 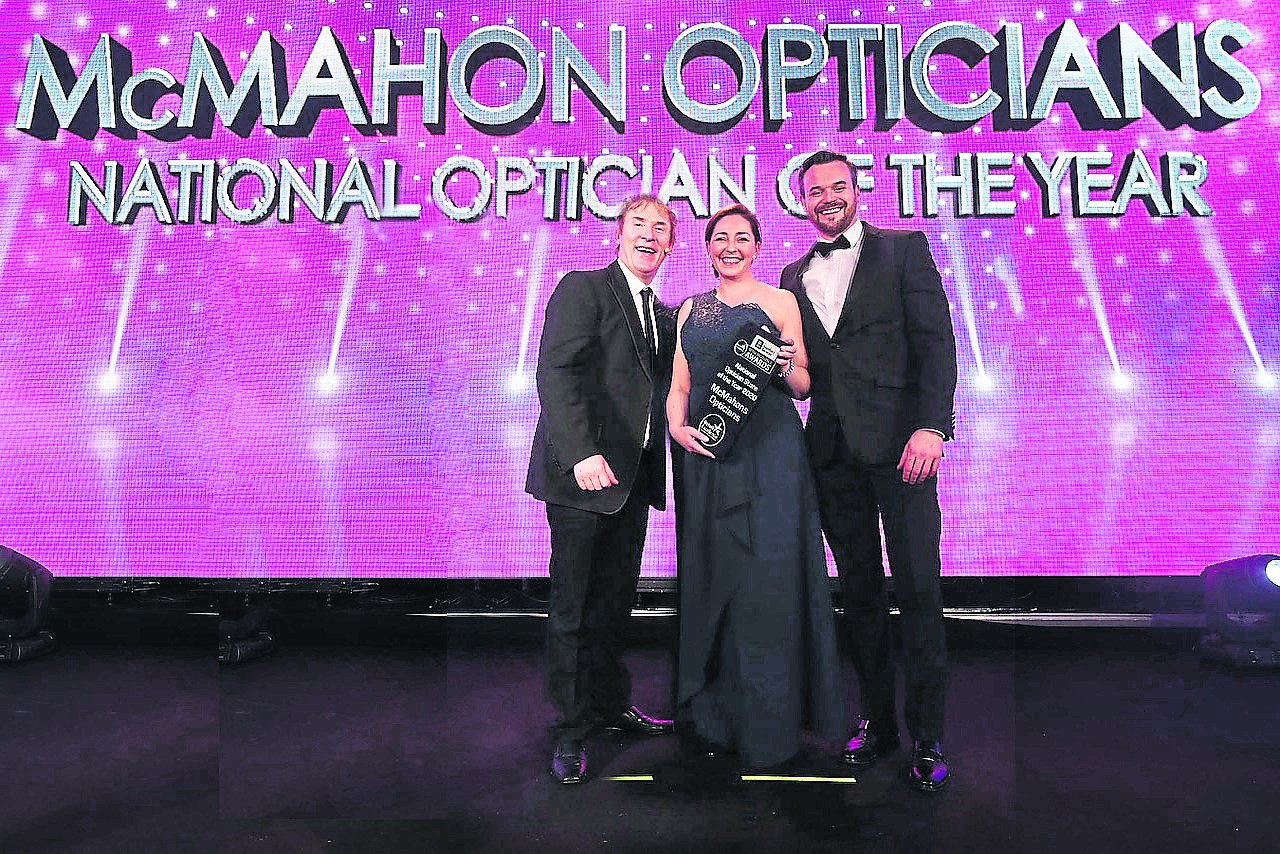 Mary McMahon from McMahon Opticians, Carrick-on-Shannon receiving her award for the National Optician of the Year in Killarney