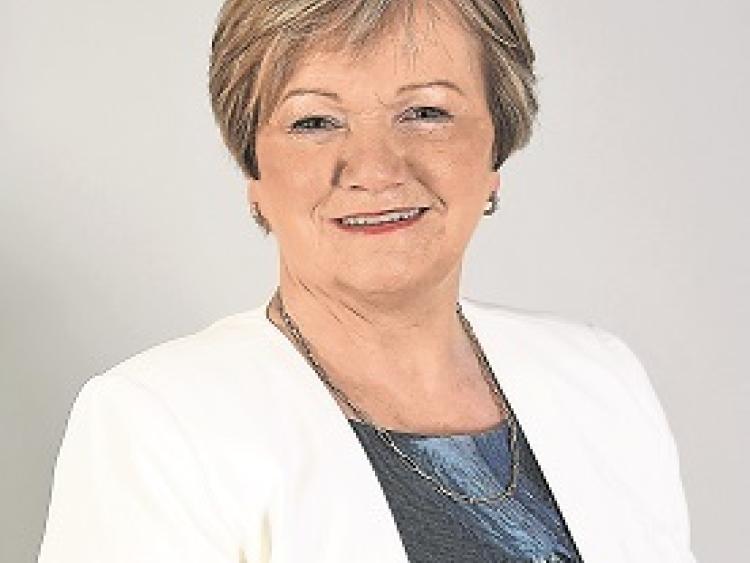 International Women's Day takes place this week on March 8 and is a global day celebrating the social, economic, cultural and political achievements of women.  Significant activity is witnessed worldwide as groups come together to celebrate women's achievements or rally for women's equality.  Marked annually, International Women's Day (IWD) is one of the most important days of the year  when we  celebrate women's achievements; raise awareness about women's equality; lobby for accelerated gender parity and fundraise for female-focused charities. This week the Leitrim Observer  is acknowledging Leitrim women who have made an impact on life in our county whether that be through volunteer work, promoting the county, through music and inspiring us during Covid. It is a way of thanking and  acknowledging them for all they do to  enhance  life for the better for their county men and women. Here they outline their early life, their influences and why promoting women is so important...

I was born in Creevelea, the second eldest of nine children. My parents Alice and Martin Mc Tiernan had a small farm and like everyone else at the time they worked very hard to make a living.
One of the fond memories I have is that of all the neighbours helping out particularly with saving the hay for each other and with various other activities around the farm. Both of my parents were very interested in politics and current affairs and at election time our house was always very busy.
In March 1970, my mother was appointed to the first Commission on the Status of Women which was set up by the Government. The Commission made a number of recommendations regarding equality for women in the workplace and highlighted areas of discrimination and lack of educational opportunities. She was also unsuccessful in her bid for a Council seat in the 1974 local election.
From my early working life, I was involved in local community and sporting organisations and I really enjoyed that. I have kept that up over the years because I believe it is very important to do the very best one can for the local community.
After living in Dublin for a few years I moved back to Drumkeerin and again involved myself in local organisations. In 1979 I was asked to run as a candidate in the local elections. I was surprised to be asked, and I was a rather reluctant candidate at the start.

Thanks to the team of people who worked for me during the campaign and all those who voted for me I was elected to Leitrim County Council. I remember being delighted that Kathleen Coleman in Carrick-on Shannon was also elected and I wasn’t going to be the only woman there. We were the first women ever elected to Leitrim County Council.
I have to say that my experience on the Council in those early days was very positive and it still is. I received great cross party support from the long serving members in my own area, the late John Clinton, Joe Mc Loughlin, John Loughlin and Joseph Mooney. A number of new younger members were elected that year so I suppose with that extra enthusiasm and the long and valuable experience of the existing members it was a good mix.
We worked very well together always trying to improve the county for our constituents. I am happy to say that is still the position today. Party politics has never got in the way of drawing down funding from national Government or making decisions that will benefit Co. Leitrim. That’s not to say that we agree on everything and of course we have some heated exchanges across the floor of the Council Chamber from time to time. When I was elected first I had a long list of things I wanted to do in a hurry, but I soon realised that in Local Government things don’t move too fast. I learned to be patient and never give up trying and eventually hopefully one will succeed in getting schemes over the line.

Leitrim had the highest number of houses without running water

In the early 80s Leitrim had the highest number of houses without running water per head of population in the entire country. I remember during my election canvass this was a topic that came up for discussion many times.
One lady who had young children said to me “Mary if you get elected will you please get water for us and I don’t care if you never did anything else.” It is hard to imagine now, particularly for the younger generation how people managed without a proper water supply and having to draw water from wells, rivers and lakes.
I set about organising a group water scheme for the Creevelea/Killargue area and after initial meetings I realised that it would have to cover a greater area. Eventually the scheme covered a wide area taking in much of the Dromahair hinterland and stretching towards Manorhamilton. When the scheme was taken over by the Council there were eight hundred connections on it. It was a mammoth task to take on but I was fortunate to have a small committee with a very dedicated group of people. We spent many cold nights in Creevelea Hall planning and organising and dealing with all of the difficulties regarding funding and Right of ways etc.
We are very fortunate in Leitrim to have so many voluntary organisations and people who are willing to give freely of their time to help out in their local communities. I learned a lot from being the organiser of that scheme and in time I was able to assist a number of smaller schemes throughout the area.

Another area of great interest to me is Vocational Education, I was appointed to Co Leitrim VEC in 1979 and I served on the committee until it was amalgamated with Mayo and Sligo. I am now a member of the Mayo, Sligo, Leitrim Education and Training Board.
There was what I would describe as an element of snobbery and perhaps ill informed opinion at one time in relation to Vocational schools otherwise known as the ‘Tech.’ It has been proven beyond any doubt that this system has stood the test of time and this has been recognised by the Department of Education. As well as providing second level education, the range of further education and training is amazing and also the whole area of apprenticeships.
I have represented formerly Leitrim VEC and now MSLETB at national level as a member of Education and Training Boards Ireland and it was a great honour for me to be elected as National President in 2005 until 2010. I was the first female to hold that position since the Vocational Educational Act was introduced in 1930.
Sometimes people ask me why I continue to do the work I do because it is so time consuming and I have been doing it for so long. I have to say I really enjoy my work and I don’t mind being available at any time for my constituents or my community. It is a source of great satisfaction to be in a position to help out whether this is something for individuals or local organisations.

For anybody to be involved in local or national politics they need good family support and understanding regardless of whether they are male or female. But I feel that women have more juggling to do with work, children and home life. When I started on the Council and when my children were born I certainly could not have managed without the support of my mother and my sister who lived locally and of course in latter years my own adult children have been of immense support to me.
Thankfully in recent years many more women have got involved in all facets of economic and social life in Ireland and also in politics. We have made good progress regarding equality but we need to continue on this path and eliminate inequalities across all sectors.
Leitrim is a great place to live and work and as I mentioned earlier we have great communities across the whole county, without them the county would be a much poorer place. Finally, I would like to pay tribute to the Leitrim Observer for the fantastic coverage they give to Council matters and to all the economic, social and sporting events in the county. Long before the advent of local radio the Observer brought us the news every week and still do in these very difficult times for regional newspapers.