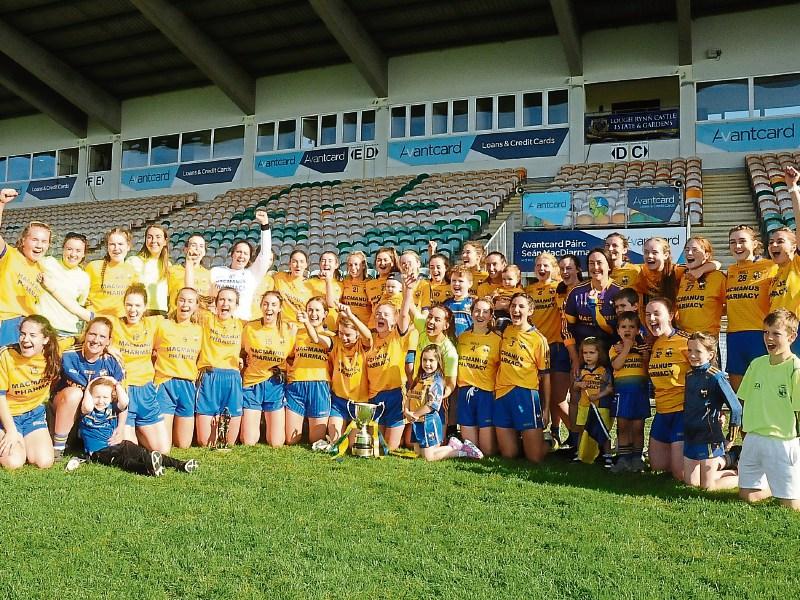 Manorhamilton Municipal District councillors unanimously backed a motion of congratulations to the Glencar-Manorhamilton Ladies team following their Connacht title win over the weekend.
Cllr Sean McDermott put forward the vote of congratulations noting that “not too many teams from Leitrim win a Connacht title”.
Cllr Felim Gurn also added his congratulations noting that he hoped the Council will be able to honour the team later in the year when face to face meetings resume.
Cllr Padraig Fallon described the win as a “great day for ladies football, for the club and all of the county”.
He praised the team and also paid tribute to the management and backroom staff as well noting this is “a great achievement for all involved”.
Cllr Frank Dolan pointed out the challenges of the past year for all sporting teams but said that it was “great to see this team come out with such strength and to see them win with such conviction”.
Cathaoirleach Cllr Justin Warnock also added his praise noting that it was “great news” for the county.