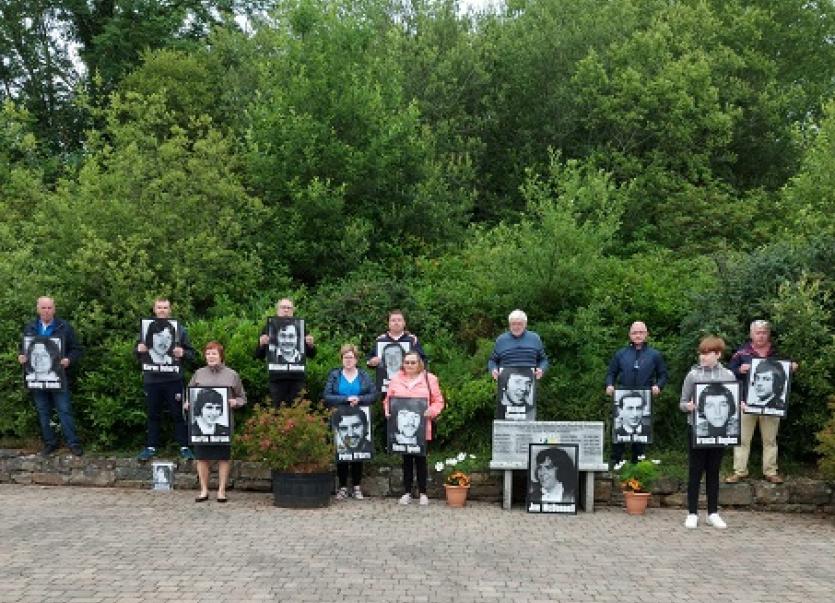 The 40th anniversary of the death of Joe McDonnell, while on Hunger Strike in Long Kesh took place last Thursday, July 8.
While, in normal circumstances, this year would have seen massive events around Ireland to commemorate the 10 young men who died 40 years ago, the current ongoing public health emergency meant that these events were greatly reduced in scale.

The Sinn Féin Cumman in Drumkeerin is named in honour of Joe McDonnell and last week a few members of the Cumman gathered at the town’s Hunger Strike Memorial Bench to pay their respects and keep Joe’s memory alive.

Cllr Padraig Fallon said a few words recalling Joe’s life and the role he played in the Irish Republican Struggle of that time.
Of special interest to Leitrim was Joe’s candidacy in the Sligo / Leitrim Constituency in the 1981 General Election.

Standing as an Anti H-Block/Armagh candidate he narrowly missed out on winning a seat, getting over 5,600 votes.
A wreath was laid on behalf of the Cumman and the Republican family of North Leitrim.

The small gathering then observed a minute’s silence. Joe’s sacrifice remains very much in the thoughts of Republicans of this area and they send their best wishes and solidarity to Joe’s widow, family and friends.