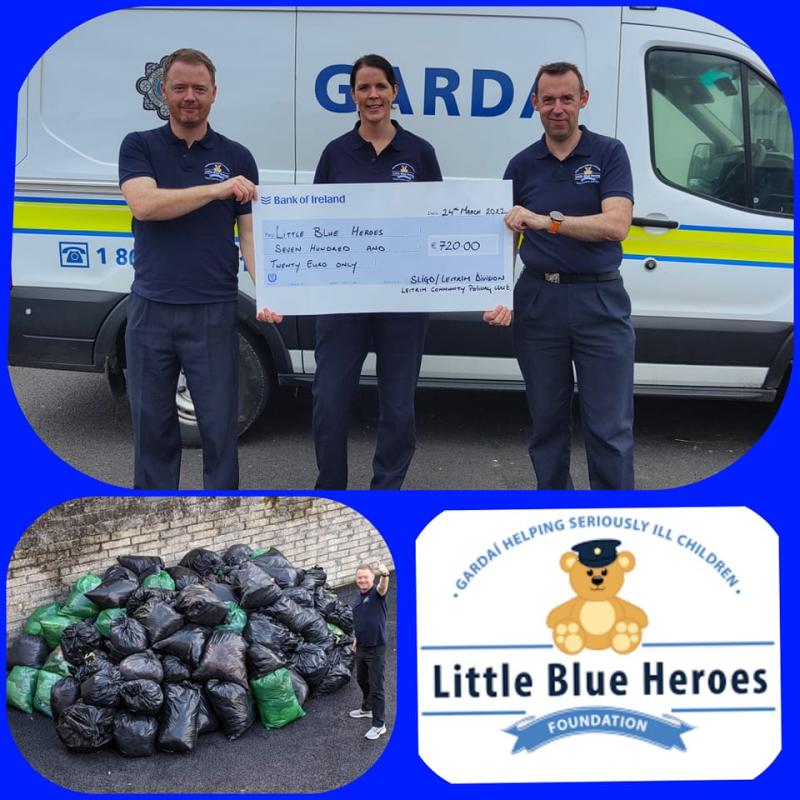 Charity, Little Blue Heroes has issued a big thank you to the members of the Leitrim Community Policing Unit after they held a fundraiser for the them late last year.

The unit raised €720 for the Little Blue Heroes Foundation. The charity's mission is to provide practical and financial support to families of children who have serious illnesses in Ireland while granting the wish of the children it supports to become Honorary Gardaí to empower the child and foster positive engagement with An Garda Síochána.

Responding to news of the donation, Little Blue Heroes said: "Wow thank you all so much for the support. Would be lost without the amazing support."