See a classic Billy Roche play at The Dock 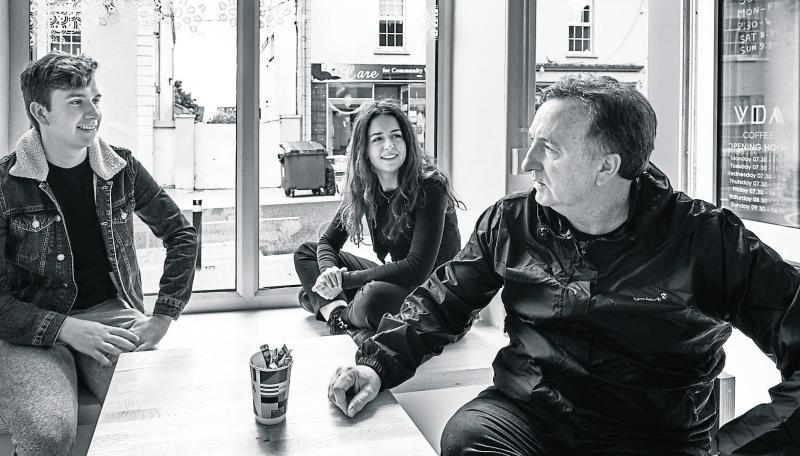 James Doherty, Lauren Farrell and Gary Lydon will perform in The Dock on June 17

Actor and producer Gary Lydon alongside local actors Lauren Farrell and James Doherty O’Brien will present a rehearsed reading of Billy Roche’s play Of Mornington at The Dock on Friday, June 17 at 8pm.

Of Mornington by Billy Roche is the bitter-sweet story of three misfits- Phil Athens the washed-up ex-snooker champion, Shauna bereft of her child but trying to live her best life, and Mike Bradley- the young pretender with a troubled past.
The action takes place over three eventful days in a small café in an Irish town and is a tender, humorous, intelligent study of yearning, loss and hope.

Billy Roche is from Wexford and has written extensively for stage and screen in Ireland and internationally. Works include A Love Like That, Lay Me Down Softly, On Such As We, The Wexford Trilogy, The Cavalcaders, Trojan Eddie and the RTE series Clean Break.

Gary Lydon (Phil Athens) has a long-standing affiliation with Billy's work going back many years. He has appeared in six of Billy's plays, including the original productions of his classic Wexford Trilogy, Cavalcaders and Lay Me Down Softly. Other credits include The Clinic, The Guard and Pure Mule. He will appear in Martin Mc Donagh's upcoming film, Banshees of Inisherin, to be released this autumn.

Lauren Farrell is an actor from Carrick-on-Shannon and is delighted to be back acting in The Dock. Her theatre credits include A Portrait of The Artist as a Young Man and The Edge Of Our Bodies. Screen work includes the second series of Smother(RTE), Forever In My Heart and Vikings. Lauren is a graduate of the American Academy of Dramatic Arts In New York and Bow Street Academy, Dublin.

James Doherty O'Brien is a young actor from Cootehall, Roscommon. His screen credits include the AMC TV series 'Moonhaven' to be screened this summer and the Longford-based GAA feature film 'Lakelands' to be screened in cinemas later this year.
His theatre credits include 'A Christmas Carol', 'Carrick Halloween Tour' and 'The Death of Humpty Dumpty'.
He is also the lead singer and guitarist of local rock band The Flies. He started out acting with Leitrim Youth Theatre, has trained in screen acting in Bow Street Studios in Dublin and is currently studying drama in Trinity College, Dublin.

The production is supported by Leitrim County Council and the Department of Tourism, Culture, Arts, Gaeltacht, Sport & Media under the Local Live Performance Programming Scheme.