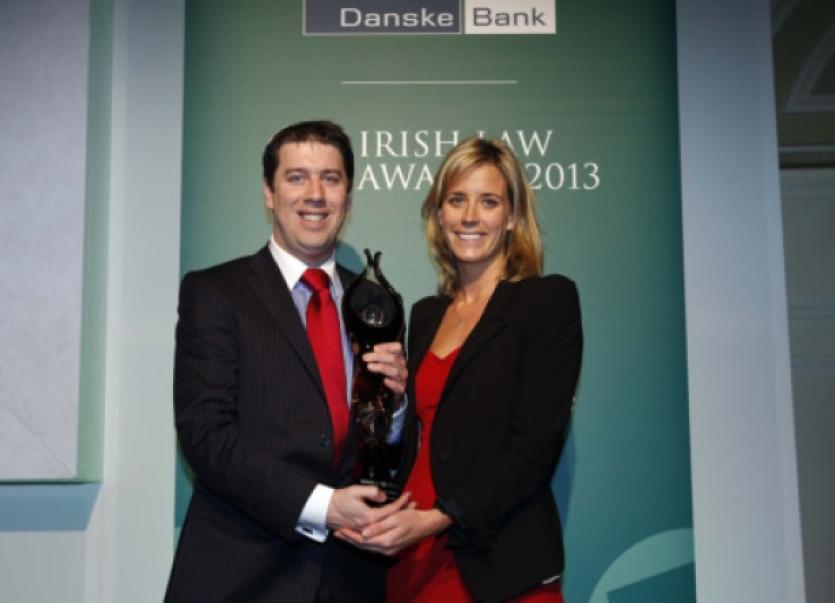 Daniel Hughes, originally from Ballinamore, was named Sole Practitioner of the Year at the Danske Bank Irish Law Awards held at the Four Seasons Hotel in Dublin on Friday, May 3.

Daniel Hughes, originally from Ballinamore, was named Sole Practitioner of the Year at the Danske Bank Irish Law Awards held at the Four Seasons Hotel in Dublin on Friday, May 3.

Daniel was undergoing an apprenticeship with Michael Lynn solicitors in Blanchardstown, Co Dublin in October, 2005 when revelations about his boss’s €80million mortgage fraud emerged. His career almost collapsed as Lynn fled Ireland in December 2007 when Daniel was only half way through his apprenticeship.

Despite this he managed to finish his traineeship with a different firm of solicitors and set up his own firm, Hughes & Associates immediately after qualifying.

From humble beginnings, Daniel has managed to build a flourishing and reputable practice within the space of just three years. His story is a remarkable one that shows how the power of perseverance and the strength of his convictions allowed his to overcome every obstacle. Daniel is a brother of local Fine Gael councillor Gordan Hughes.

The ceremony, which was hosted by broadcaster Miriam O’Callaghan, recognised excellence among individuals and practices in Ireland across 24 varied categories. Former Minister for Justice Norah Owen paid tribute to the individuals, teams and firms who have made an outstanding contribution to Irish law in 2012.

The winners in each of the categories were selected from a distinguished group of nominations stemming from more than one hundred practices across the country. Connacht Provincial Law Firm of the Year went to RDJ Glynn. 2013 marked the second year of the auspicious Danske Bank Irish Law Awards.