Woman rescued from abandoned mine shaft 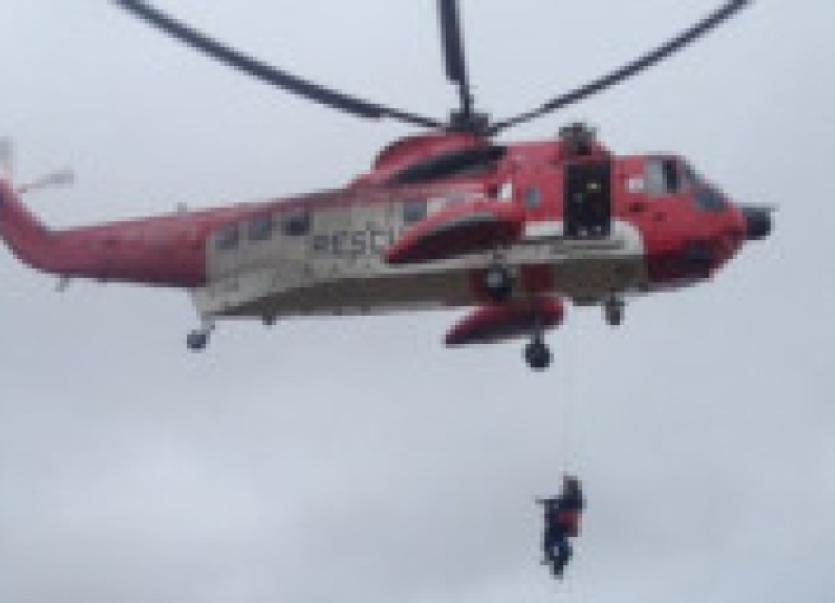 A 53-year-old woman had to be rescued from an abandoned mine shaft on Ben Bulben, Co Sligo by the Sligo Leitrim Mountain Rescue Team.

A 53-year-old woman had to be rescued from an abandoned mine shaft on Ben Bulben, Co Sligo by the Sligo Leitrim Mountain Rescue Team.

The woman entered an abandoned mine in the Glencarbury area while out hiking with friends at around 2.30pm on Sunday, May 5. The entrance to the mine had been boarded up but the hoarding had been recently removed by vandals. The woman lost her footing at the entrance to the mine and plunged 10 metres down the shaft. Although uninjured in the fall, she was left wait deep in icy water. Unable to swim she clung to a ledge for support.

Her friends contacted emergency services for assistance and a passing walking club, which had several former rescue workers and a doctor as members, also came to their aid.

One man climbed into the mine shaft to help the distressed woman onto a ledge while the coastguard helicopter was also dispatched to the scene.

The Sligo Leitrim Mountain Rescue service also sent out a rapid response team and with the aid of local farmers, brought rescue equipment up Ben Bulben.

Rescue workers brought the woman out of the mine shift using a rope-harness system in a one hour operation.

The woman was then flown to Sligo General Hospital suffering severe hypothermia.

The members of Sligo Leitrim Mountain Rescue then assisted the remaining climbers down from Ben Bulben.

This is the third rescue carried out by the team since the start of 2013.