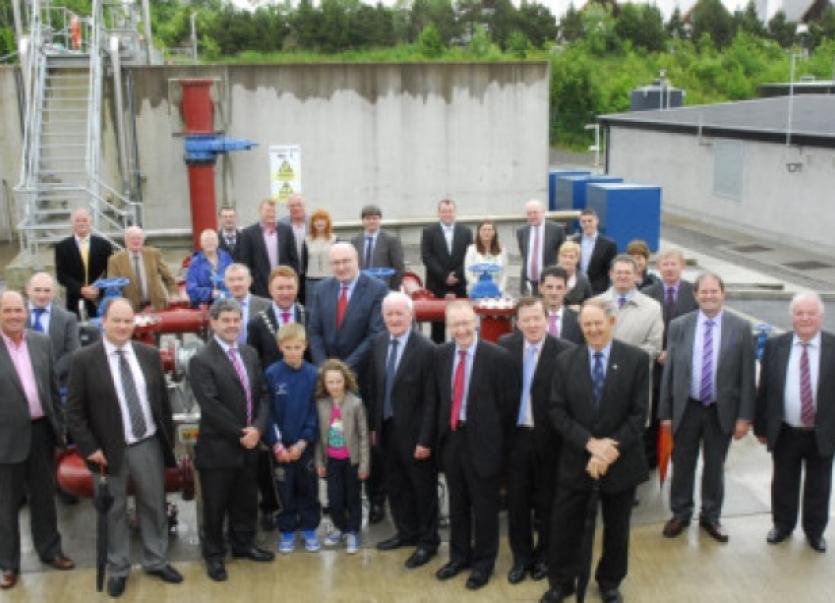 Minister Phil Hogan highlighted the importance of water and investment in the sector during his visit to Carrick last Friday, June 28.

Minister Phil Hogan highlighted the importance of water and investment in the sector during his visit to Carrick last Friday, June 28.

The Minister for the Environment, Community and Local Government officially opened the new Carrick-on-Shannon Waste Water Treatment Facility at Attirory.

The Carrick Sewerage Improvement Scheme was undertaken by way of five main contracts. Four of these contracts, at a cost of some €5.6 million, resulted in the entire existing network serving the urban area of Carrick in Leitrim and Roscommon being reconstructed and refurbished. The upgrade of the existing wastewater treatment plant was completed by way of a Design Build Operate Contract, at a cost of some €8.5 million. The Operation and Maintenance phase of the plant commenced in July 2011, Response Engineering have the 20 year contract for the day-to-day running of the plant.

Minister Hogan apologised for being over an hour late to the launch. Impressed with the plant, he said “The total capacity for treatment has increased to a population equivalent of 11,500 which provides for existing and future demand over the 20 year design life of the scheme. The completed scheme provides modern infrastructure capable of treating wastewater to comply with the requirements of Environmental legislation, in particular the Water Framework Directive, discharge regulations and will contribute to the improvement of the status of the receiving waters in this area.

“The overall cost of the scheme is some €17 million of which 78% is being funded under my Department’s Water Services Investment Programme with the remaining cost of the works being provided by Leitrim and Roscommon County Councils,” he added. The Minister complimented everyone involved in bringing this important project to fruition especially Leitrim County Council, for their contribution to water and waste water services in the county for over 40 years. The Minister said new State Company, Irish Water, will speed up and direct more money into local schemes when they take over full responsibility in 2014. Leas Cathaoirleach, Gerry Reynolds and Director of Services, John McGuinness also spoke at the event.

While in Carrick, Minister Hogan also launched a new project called Open Door aimed at employers and jobseekers with disabilities across the BMW region.