“It was the best year of my life” says outgoing Cathaoirleach 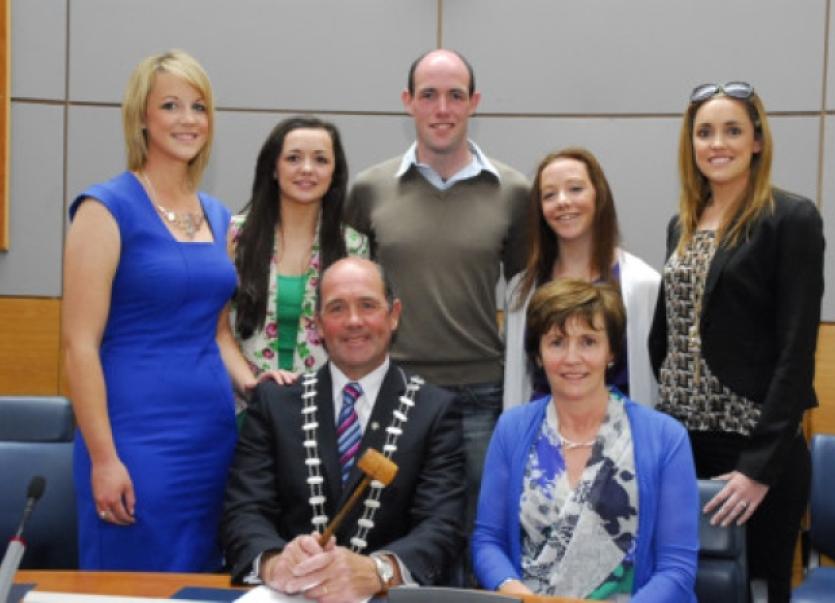 Outgoing Cathaoirleach, Cllr Enda Stenson has described his term as “the best year of his life” in his final address at the Council AGM.

Outgoing Cathaoirleach, Cllr Enda Stenson has described his term as “the best year of his life” in his final address at the Council AGM.

“I have served this county with huge pride and I would like to thank my wife and family for the support they have given me over the last 12 months,” he told the Chamber.

The Independent councillor added that he had “never enjoyed anything as I have done so over the past year representing the county and the people of Leitrim. I don’t think I could have been prouder of this honour.

“I have to extend a huge thank you to the members who have been extremely cordial to me over the last two months. Also to the members of the Executive, especially former County Manger, Jackie Maguire, her successor, Martin Dolan and all the other Directors of Service. A special thank you to Kathleen Ellis for her help through this year and to the press and to Willie Donnellan as well,” he said.

The various party whips were full of praise for the outgoing Chairperson.

Fine Gael’s Enda McGloin joked that the only publication Cllr Stenson’s image hadn’t appeared on was in the last 12 months was, Hello magazine, but also paid tribute to Cllr Stenson for all his hard work.

His words were echoed by Fianna Fail’s Sean McGowan who said Cllr Stenson had conducted himself very well while representing the County.

Sinn Fein’s Martin Kenny said the county was “very proud of (Cllr Stenson)” before joking that the people of Leitrim had been given a very different type of Cathaoirleach in Enda. “He represented the County but he also did so through song and dance,” quipped Cllr Kenny, referring to Cllr Stenson’s stints in a charity dancing talent show.

Rounding off the tributes, fellow Independent, Cllr Gerry Dolan said that he looked forward to having his colleague back by his side while new acting County Manger, Martin Dolan noted Cllr Stenson would be a “very hard act to follow”.

“I’d like to also thank my Vice-Chairperson, Cllr John Ward for all his help and I wish the new Chairperson, Cllr Sean McDermott and new Vice, Cllr Gerry Reynolds the best in their new roles,” said Cllr Stenson before he officially handed over his chain of office.