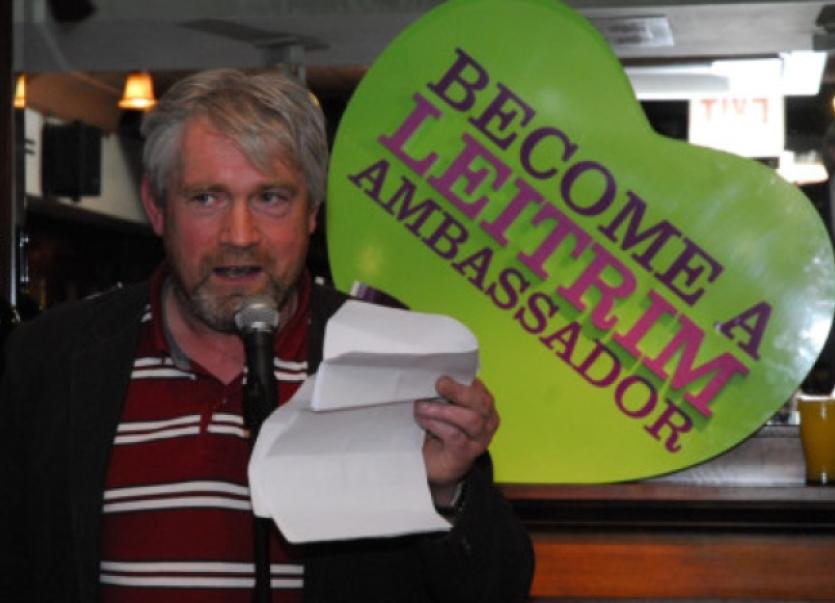 Last weekend to correspond with the Leitrim New York Championship game in America, Leitrim Tourism launched a recruitment drive to increase the number of Leitrim Ambassadors in the US.

Last weekend to correspond with the Leitrim New York Championship game in America, Leitrim Tourism launched a recruitment drive to increase the number of Leitrim Ambassadors in the US.

The initiative encourages people in the US to think of Leitrim as a holiday destination, not only during the year of the Gathering, but in 2014 and beyond.

The campaign is targeting people who come from Leitrim and are now living in New York, and the US, and is encouraging them to become advocates of their native county by creating awareness of what’s on offer and encouraging others to consider the county for future holidays.

The search for ambassadors was officially launched at an event in New York. A large Leitrim contingent attended the event which saw famous Leitrim born writer and actor Seamus O’Rourke perform.

Commenting at the event, Joe Dolan, Chairman of Leitrim Tourism, said “There has been a lot of focus this year on the Gathering and we’re hoping that this initiative will give longevity to that message and convey that Ireland and County Leitrim is open for tourism business beyond 2013.

“There are many Irish people from County Leitrim living in the United States, some of whom haven’t visited the county in many years and for various reasons won’t be able to make it home for the Gathering.

“This initiative lets them know they are very welcome at any time and that there is plenty to do in County Leitrim.”

“We are well aware of how important word of mouth is particularly when advising on holidays. We are encouraging Leitrim people to spread the word about the great county we live in.

“There are so many things to see and do. In recent years the quality and capacity of visitor accommodation stock has been increased and our visitor attractions and activities have been added to – so there is something for everyone!” he concluded.

2013 marks the 400th anniversary since the county Leitrim town of Carrick on Shannon was granted a charter by King James the first.

To celebrate this historic occasion a year-long festival programme of events will be held throughout 2013 incorporating the arts, music and sport.