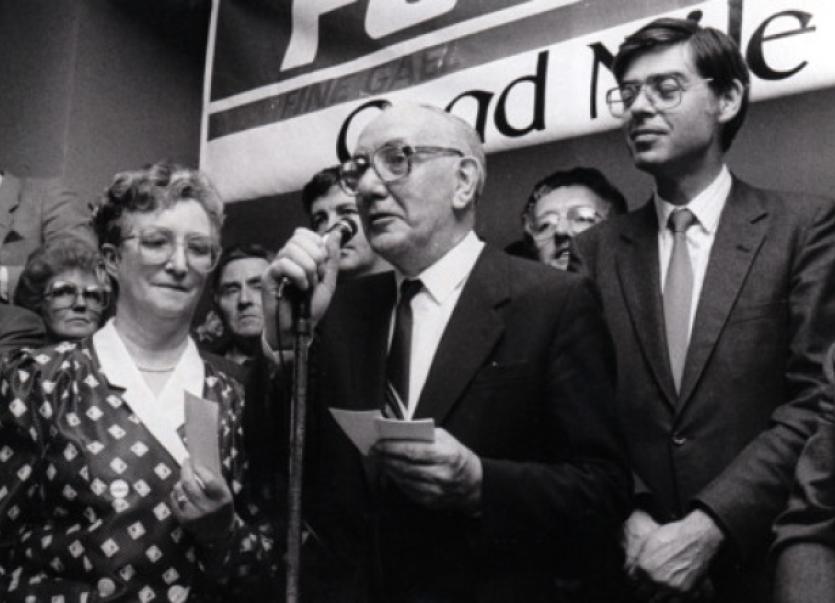 The community of Ballinamore town and the wider South Leitrim area were deeply saddened and are mourning the death of Mrs Tess Reynolds, who passed away last Saturday, May 4.

The community of Ballinamore town and the wider South Leitrim area were deeply saddened and are mourning the death of Mrs Tess Reynolds, who passed away last Saturday, May 4.

The late Mrs Reynolds was for over 50 years landlady of Reynolds’s Pub known locally as Pat Joe’s. Tess was the wife of the late Pat Joe Reynolds, former Fine Gael TD, Minister of State and Cathaoirleach of Seanad Eireann.

Tess, nee Lynch, was born in Kilclare, Carrick-on-Shannon where her family owned the local shop and the Sheemore Lounge which was in later years owned and managed by her brother PJ Lynch, a former member of Leitrim Co Council.

In 1959 Tess moved to Ballinamore where she married Pat Joe Reynolds, son of the then TD for Sligo/Leitrim, Mary Reynolds. For over the next 43 years Tess was the centre of a busy household where business and politics alongside their four children, Gerard, Ita, Regina and Peter, made for a life of hard work and interesting times.

Tess campaigned for her husband Pat Joe and son Gerard (former TD, Senator and current local councillor) in over nine General Elections and ten local elections and was immensely popular with people from the wider Ballinamore area and on many occasions she returned to her native Kilclare to canvass during General Elections.

Tess Reynolds was a member of the local branch of the Vintners Association of Ireland and she hosted many functions and charity events in her bar for numerous local organisations.

For many years on Saturday nights in the upstairs lounge, Tess hosted music and singing cabaret nights with piano accompaniment.

Dancing was a great social outlet for Tess, especially Ballroom Dancing, where she won many prizes over the years in many venues in South Leitrim.

She died at home, peacefully, on Saturday surrounded by her loving family. She will be dearly missed by Gerard, Ita, Regina and Peter, her brother, sons-in-law, daughters-in-law, grandchildren, sister-in-law, nephews, nieces, relatives, neighbours and a very large circle of friends.

The hundreds of people who came to her house on St Bridget’s Street last Sunday and Monday was testament to her great popularity and respect she held in the wider community. A number of politicians paid their respects including Minister of State, Lucinda Creighton TD and Cathaoirleach of Seanad Eireann, Paddy Burke.

Tess was laid to rest in Oughteragh Cemetery after funeral mass at St. Patrick’s Church, Ballinamore yesterday, Tuesday, May 7. Her funeral mass was attended by a number of senior politicians including the Chairman of the FG Parliamentary Party, Charlie Flanagan TD.

Ballinamore Fine Gael councillor Gordon Hughes expressed sympathy to the Reynolds family on behalf of the local Fine Gael party and the wider community. He said the large number of people who visited to express their condolences over the past few days is a “measure of the high esteem and regard Tess was held in.”

The editor and staff of the Leitrim Observer would also like to pass their sincere condolences to the Reynolds family on the passing of a true lady who was always most helpful to us in all aspects of political and social life in Leitrim.