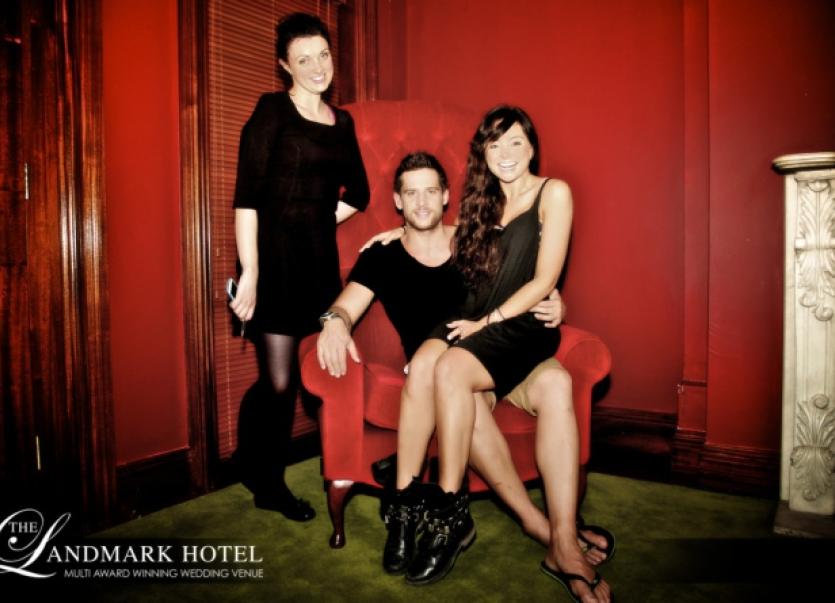 Actor Dan Ewing enjoyed a top secret visit to The Landmark Hotel during his tour of Ireland last week, the handsome Australian took time out of his busy schedule to celebrate his new bride’s birthday.

The newly weds, tanned and gorgeous Dan Ewing and his very beautiful bride, Marni Little, celebrated Marni’s birthday with a few friends in the seclusion of a private room in The Landmark last Thursday evening, July 18.

The group were in Carrick as part of a short visit to Ireland, they took time out from their manic schedule for dinner, their favourite cocktails and some birthday cake!

Just six months married, it was only fitting that the Aussie newly weds had a romantic cuddle and a bit of a laugh in The Landmark’s iconic Red Bridal Chair!

They got their picture snapped with The Landmark’s Wedding Co-ordinator, Patricia Corrigan, this fun loving couple are still very much the picture of wedding bliss!

Dan Ewing has been touring Ireland this month, getting snapped with Home & Away fans and attending launches and party nights. It is expected that he will return again in September.

Dan Ewing plays River Boy, Heath Braxton, in Home & Away. He made a VIP appearence in the Imperial Bar Cavan and the Garavogue Sligo over the past two weeks.